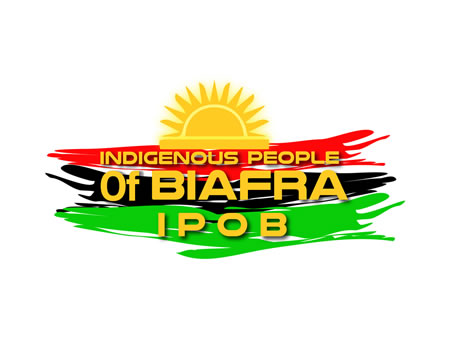 The Movement for the Indigenous People of Biafra (IPOB) has denied having any Eastern Security Network ESN camp in the Enugu Ezike community insisting that those terrorising them are not IPOB volunteers or ESN operatives.

In a statement issued Tuesday by the IPOB Media and Publicity Secretary Comrade Emma Powerful, he said that ESN stopped recruiting personnel two years ago.

He insisted that anybody deceiving and parading himself or herself as joined ESN recently is working with infiltrators and will die in the hands of the Nigeria Government and its security Agencies.

He said: “ESN operatives under IPOB-DOS knew from time immemorial that Nigeria Government and its security Agencies are our enemies and we have mastered strategies of handling these enemies”.

According to them, ESN doesn’t have any operational camp at Enuguezike Igbo-Eze Enugu North..

The group said that those terrorizing men and women of God including traditional rulers are not ESN Operatives or IPOB volunteers, adding that IPOB and ESN do not call their people to bring money to them.

He said: “Anybody who wishes to support ESN Operatives do that willingly and voluntarily without any form of force or threat”.

They challenged the youths of the affected communities to come out and identify these criminals because IPOB is coming out to deal with them.

He said: “those claiming to be Autopilots without Aeroplanes are not IPOB family members and we cannot allow them to destroy IPOB’s image, Autopiloters are free to do anything in their names but not impersonating IPOB”.

Comrade Emma Powerful said that IPOB is not against anyone or group fighting for Biafra so long as they are not impersonating IPOB, ESN, M-Branch and Mazi Nnamdi Kanu adding that with the sole objective of destroying the hard-earned good image and reputation of IPOB and ESN.

He said: “We discovered that those responsible for the recent insecurities going on in Enuguezike and other communities are hoodlums that were recruited by Autopiloters who were driven out of Anambra and the Imo States. These hoodlums found their way to Enuguezike through their henchmen called Chocho and Ejiofor.”.

He said: ” These guys relocated to Enugu to continue their criminalities in these villages. Though they deceitfully recruited some of the bad guys of those communities who thought they were joining ESN. But what they don’t know is that IPOB is not an organisation for criminals and we never recruited criminals into ESN.”

He said that these criminals have ended up using the same youths for criminalities instead of fighting insecurities and Fulani bandits masquerading as herdsmen and terrorizing the Aguibeje bush and forests which has a border with Akpanya Community in Kogi state which IPOB-ESN is protecting.

According to him, they have recruited lots of criminals terrorizing their own people, Innocent citizens and residents of the area by snatching cars, and bikes, kidnapping for ransom and calling some notable clergymen on phone such as Pastors and Rev Fathers threatening them to pay some amount of cash to them raging from #50M to 100M or risk their church auditorium burnt to ashes.

He said: “some of these clergymen out of fear are complying and paying money to these criminals.”

He said: “Simon Ekpa in one of his recent broadcasts confirmed that the boys in that fake ESN camp are working for him. He claimed that ESN has camped in Enuguezike but we are sure he’s referring to the fake ESN camp under him”.

He said that the activities of these criminals have drawn the attention of the Nigerian military in that peaceful community, which is now worsening the security situation in that village.

Powerful said that Nigeria terrorist military from 82 division Enugu with hatred against Igbo citizens, instead of facing the criminals and hoodlums terrorizing the communities has turned to abduct and kill innocent villagers at random tagging them unknown gunmen and ESN.

He said: “anybody giving these criminals money is empowering them unknowingly. Don’t succumb to the intimidation and threat from these criminals, instead report such threats to IPOB leadership for assistance.

Controversy over police constable recruitment to be resolved amicably ― PSC

I will dialogue with IPOB, other agitators ― Peter Obi