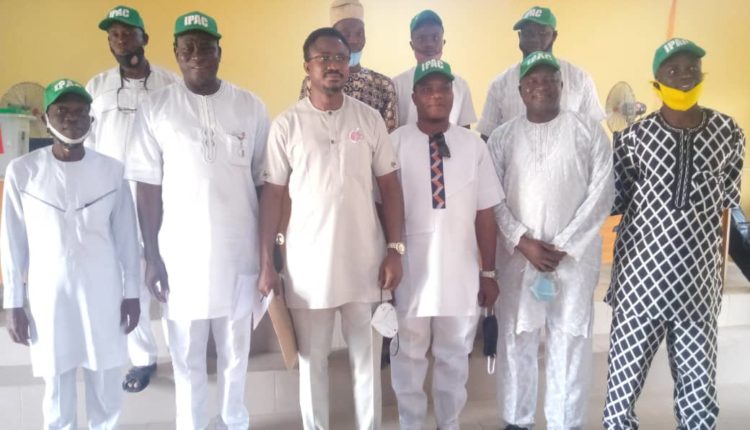 The national leadership of the Inter-Party Advisory Committee (IPAC) has advised its chapter in Oyo State not to be an opposition against the government as the body was created to assist government and proffer solutions to germane issues and not act as opposition to any state government.

The Deputy National Secretary of IPAC, Wale Martins who gave this caution during the election of new executives into the Oyo State IPAC, described the election process as one that is in line with the provision of the electoral act of the Federal Republic of Nigeria.

According to him, elections have been conducted in over 30 states of the federation and the tenure of the new executives will last for a period of one year before another election is conducted for a new set of executives to emerge.

He noted that the election process that led to the emergence of Otunba Adegbenro Fagbemi as chairman in Oyo state was transparent having had the requirements of at least half of the 18 registered political parties in Nigeria present for the exercise.

“IPAC was not established to be an opposition against any state government. We are to bring solutions to assist the government when there are challenges,” Martins stated, adding that the issue of extending the tenure of state executives will be taken up by the leadership of IPAC and appropriate steps will be taken in line with the law that established the council.

Speaking after the swearing-in ceremony, the state chairman of IPAC, Otunba Fagbemi said his focus is to harmonise all political parties and ensure unity and adequate representation that will sustain the political space in a peaceful manner.