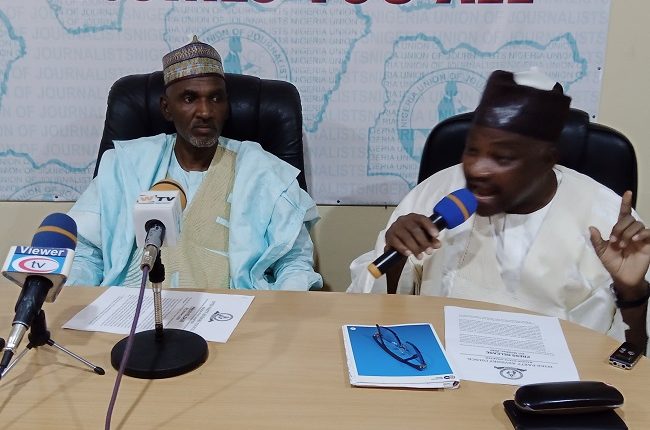 As controversy continues to trail conduct and outcome of the local government councils elections held in Bauchi last weekend, Bauchi State chapter of the Inter-Party Advisory Council (IPAC) has called for the cancelation of the election as declared by the Bauchi State Independent Electoral Commission (BASIEC).

IPAC on Wednesday while addressing journalists at the NUJ Press Center alleged that false results and winners were announced.

Chairman of the Council, Alhaji Usman Isa flanked by the representatives of other political parties made the call said all the chairmanship and councillorship seats should be declared vacant and caretaker committees appointed to supervise the councils until when a fresh election will hold.

According to him, all the Commissioners in BASIEC should be sacked while representatives from each of the political parties in the state should be appointed into the Commission so that they can conduct fair elections.

This is just as the Inter-Party Advisory Council asked that the official fees paid to the commission by candidates including campaign expenditures should be refunded to the parties and candidates.

“This, in our view, if allowed to continue unabated will sacrifice our democracy and pave way for anarchy”.

“We, therefore, as promoters of democracy address this press conference and categorically dissociate ourselves from all the purported results that were declared on Saturday 17th October 2020 in Bauchi State for not being a product of our democracy”. They said.

It will be recalled that PDP candidates were declared winners in the 20 local governments and the 323 wards of the state.