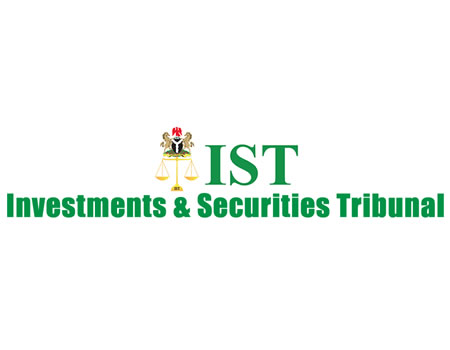 THE Investment and Securities Tribunal (IST) says it has resolved 30 per cent of capital market cases inherited in Sept. 2017.

Malam Garba Kurfi, an IST member, disclosed this in an interview with the News Agency of Nigeria (NAN) in Lagos on Tuesday.

Kurfi said the tribunal on assumption of office in 2017, inherited about 70 capital market cases but had resolved 30 per cent of the cases.

He noted that the remaining cases would be resolved before the end of 2018.

NAN reports that IST was established under Section 275 of the Investments and Securities Act (ISA) 2007.

The IST is a specialised court with statutory responsibility to adjudicate on matters relating to capital market disputes and ensure quick dispensation of justice.

The tribunal was dissolved in Oct. 2015 in compliance with the Federal Government’s directive on the dissolution of Boards of Parastatals, Agencies, Institutions and government-owned Companies.

But the Federal Government, in Sept. 2017, reconstituted the tribunal with Mr Isaka Idoko-Akoh as the Chairman, Jude Udunni, Mr Nosa Osemwengie, Abubakar Ahmad, Albert Otesile, Emeka Madubuike and Garba Kurfi, among others, as members.

Mrs Kemi Adeosun, minister of finance, said the delay in reconstituting the tribunal was to enable the government overhaul the system and ensure that competent and experienced people were brought in to effect the desired change.

“I must assure investors that before the end of 2018, none of the inherited cases will be pending, except when an investor challenges our judgment,’’ Kurfi said.

He explained that the pending cases worth about N370 billion had been on for two years due to the dissolution of the tribunal.

Kurfi said the present tribunal would ensure the conclusion of cases within the stipulated period.

“We don’t drag or prolong cases. Hearing and judgment of cases must be concluded within 90 days.

“People are seeing the outcome of cases handled so far and they are developing more confidence,” Kurfi said.

According to him, the law establishing the tribunal provided for the resolution of disputes within three months of hearing.

He explained that the tribunal was leveraging on the board composition to settle cases within 90 days, noting that 60 per cent of the members had pre-knowledge of the capital market.

“This is one of the tribunals that kept to its time, cases are treated as they come and judgment was given within stipulated period,’’ Kurfi added.

2019: C&S leader charges youths to prepare to take over leadership