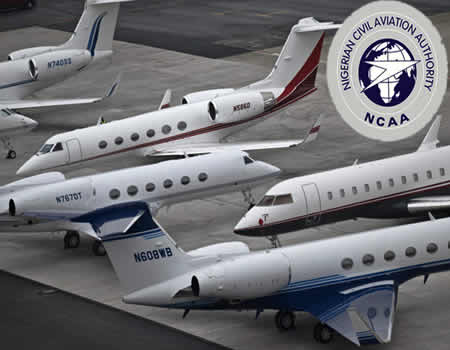 Ahead of the resumption of international flight operations in Nigeria scheduled for September 5, the Nigerian Civil Aviation Authority (NCAA) has issued a circular to all Aviation Stakeholders and the foreign airlines flying into Nigeria.

The All Operators Letter with reference number NCAA/AIR/11/16/225 signed and issued by the Director General of the NCAA, Captain Musa Nuhu reads: “Following the announcement by the Presidential Task Force (PTF) on COVID-19 on the partial resumption of international flights, we wish to inform the industry of the following: Murtala Muhammed International Airport, Lagos, (DNMM) and Nnamdi Azikiwe International Airport, Abuja (DNAA) will resume international operations effective 00.01z on 5th September 2020.”

In the same vein, as soon as the circular from the NCAA was released, the Nigerian Airspace Management Agency (NAMA) issued the Notice To Airmen (NOTAM) informing concerned operators of the new development.

According to the Managing Director of NAMA, Captain Fola Akinkuotu: “The NOTAM was issued immediately we received the circular from the NCAA yesterday. The NOTAM takes effect from the hour 0001 UTC on the 5th of September.”

NCAA, however, said other international airports in the country will not participate in the restart as the NCAA circular further stated.

With the communications via circular from NCAA and the NOTAM from NAMA, the foreign airlines are now waiting for how 1,280 (each for Lagos and Abuja airports) inbound passengers will be allocated and the official Covid-19 guidelines protocols, especially the digital platform where inbound passengers can fill in the required information.

Kill Me Rather Than Destroy My Cannabis Farm ― S