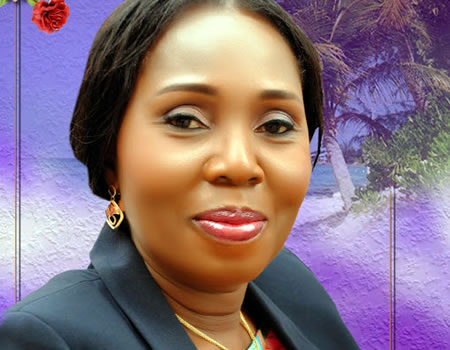 WIFE of the Ondo State governor, Mrs Betty Akeredolu, on Wednesday demanded 35 per cent political appointment from the new government in the state, just as she called for more women participation in politics.

Mrs Akeredolu who stated this during this year celebration of International Women’s Day in Akure, Ondo state capital, noted that women are under-represented in most countries of the world from time immemorial.

According to her, women are increasingly being politically motivated while the number of women in politics is still not encouraging.

Mrs Akeredolu, who noted that the call for the passage of the bill of gender inequalities at the National Assembly would have sailed through, but for few number of women participating in the nation’s politics.

She stated that it was high time for women to take active part in political and elective positions in the country, saying women were better managers of resources.

She said 35 per cent women in the current administration was not too much, saying more women in government would bring about better performance of the administration.

“The low representation of women in positions of real authority and decision making is an issue that needs to be addressed urgently. I want to encourage our girls and women to take charge so that we will have women representing and pushing our agenda. We need more women in government championing policies that will be of real benefit to us.”

The wife of the governor said, “You can be rest assured that this administration is ready to support women and girls to be the best they can be. I am a woman and I am bold for change and I encourage all women to be bold for change.

“Women of Ondo State, let us inspire, encourage and demand change in the workplace by being educated and empowered, by being determined and passionate and by empowering ourselves, by changing some harmful cultural norms limiting our daughters such as early marriage, female genital mutilation and so on.”

He assured the women in the state that their interest and rights would be adequately protected by his government saying that women are very peaceful, tolerant and patriotic.

He said for any development to take place, women should be given more roles in government and chances to contribute to the political and socioeconomic development of the country.

He said “the international day for the women is a day special to every home and family and women must be given priority in all fields.

“A good woman makes a good home, the women folds will increase in needs and bounds and their rights will not be neglected in my administration.” the governor assured them.