International Girl-Child Day: Any hope for the female gender? 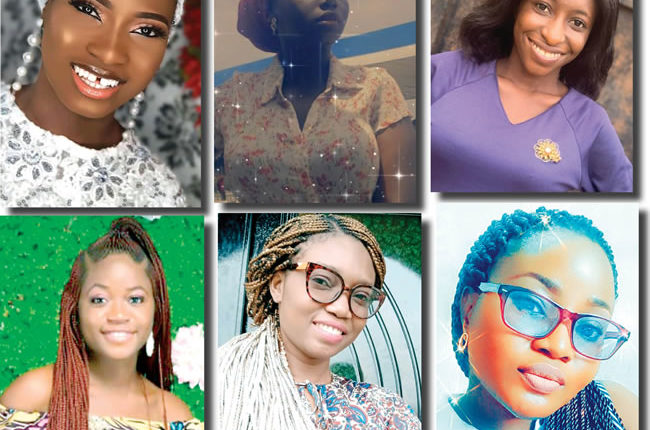 As the world commemorates the Girl-Child’s Day, IMOLEAYO OYEDEYI and ADEOLA OTEMADE sought the views of young women on the situation of the girl-child in the country.

In the stock market, women are being heard, but I see discrimination everywhere: in media houses, financial institutions, government parastatals and in the universities.

For example, in media, especially acting, before you get lead roles, most times, they want to sleep with you. Financial institutions give their employees targets- crazy ones, they know they can’t meet up with.

Government parastatals are even worse. Talking about the male bosses, if a fine girl is in trouble

I believe the girl-child still has a future, but it is just quite saddening that despite the everyday campaigns on discrimination against the female gender, our society still doesn’t seem to have changed its age-long perspectives and notion. But in spite of all, I believe we have a future in this country because there is nothing meaningful men can do without our involvement.

I am proud of the female gender. But with the daily discrimination and inhumane treatments which the girl-child gets from the society, I doubt if there is a hope and a future for them. Look at the Northern part of the country where an average woman is seen as a slave that shouldn’t be given adequate formal education. Young girls are forced into early marriage there. There are also some terrible laws such as the penal code that gives men undue rights to beat up their wives and still forcefully have sex with them. It is that bad.

Even the religious leaders in the country aren’t helping matters as all in the name of preaching submission; they embolden the men to maltreat women anyhow. With such brutal dealings, the future obviously looks bleak for the girl-child in this country.

No, I don’t think the girl-child has enough voice in Nigeria. This is a country that is still riddled with child-marriage and rape and all sorts.

But there is hope for the female child, everyone in the world is starting to recognize the girl-child. With this, there is hope in the near future with our voices together, coming together as one, advocating the girl-child rights, a bright future is ahead.

Most times, people try to side-line women especially in leadership positions because they feel they can’t handle it well enough like men would, which is utterly wrong. We’ve seen women do well if given a chance, I must say. But thank God, women are relentless. For ladies, only God can save us.

But really, these rape issues can be seen from both sides. Women also rape men as a form of punishment.

We can’t give in; we can’t give up and we won’t! We have examples to emulate and we can strive to be at the top even when we aren’t given a chance. We love our gender and we are proud of it.

Despite the numerous discriminations and abuse being meted out to the female gender across the country, I think the girl-child has a voice and future in Nigeria. This is because people are beginning to come up with policies to support the girl-child while the work environment is also fast giving her a space and avenue to expand and express herself.

Personally, I have been experiencing this newly found voice for the female gender as the work environment has been friendly.

But more work needs to be done as people still hold discriminating views and negative mindset towards the girl-child. We just need to raise our voices the more and ensure the available policies in the country are fully implemented. If this is done, I see the girl-child growing up well and having a future.