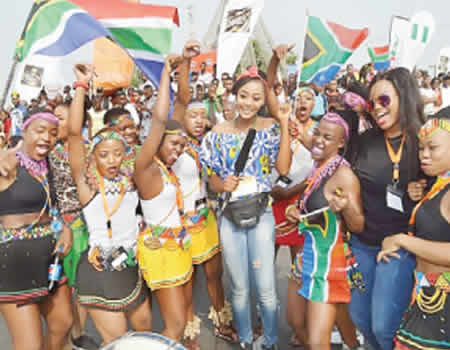 Cross River State has continued to make Nigeria proud as one of the country’s tourism brand products, using the Carnival Calabar as not only a cultural, social and economic springboard but also a platform to stoke up a global story about Africa viz-a-viz educational discussed through its yearly innovative themes.

The yearly theme has not only added energy to the creativity of the five competing bands and other non competing bands, but it has become a major thrust that brings out the best in the participants. 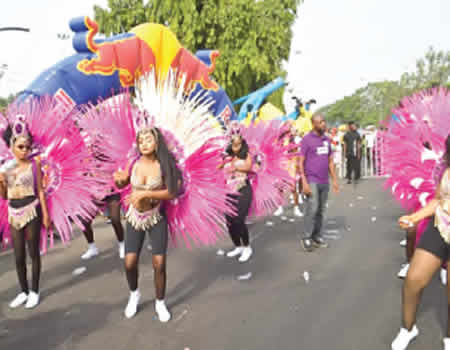 This year’s edition came with a signature theme; Africanism, a word that has multidimensional meaning, circled around Africa as a people, their culture, sufferings, wealth, colonialisms, potentialities and the need to reassess and stand up to the reality of industrial revolution by tapping the rich deposits of natural resources in the continent.

With the efforts invested by the Professor, Ben Ayade led administration at scaling up the tempo of the carnival, from the level his predecessors took it to, the 32 days festival has become a socio-economic ritual for the people with many benefiting from the spillover effect of visitors activities.

However, one of the trends that have given the carnival a robust status is the people who have taken the carnival as their own coupled with the government’s sense of innovation which have kept the biggest street party waxing stronger by the year.

Also, the carnival, which is the peak of the festival, has since taken a new outing with the introduction of an international carnival, hosting a foreign contingent from different continents. 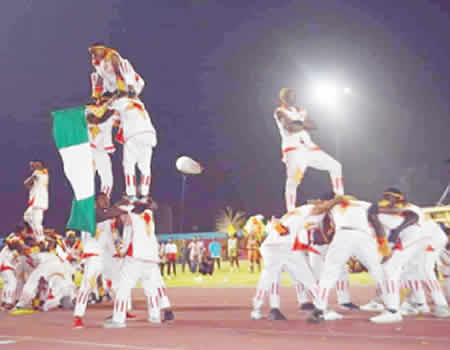 The 2018 edition holds the ace in the numbers of participating countries, as over 25 countries performed at the U.J. Esuene Stadium.

At its 10th edition, the 32 days festival and the high point of the event, carnival Calabar has continued to add strategic value to the promotion of Nigeria’s rich tourism potentialities as well as successfully telling the African story to more global audience thereby making right the many wrong of the the pictures painted by western media about Nigeria.

Many agreed that the international carnival did not only focus on bringing in foreign troupes to perform but also to educate and celebrate the best of Nigeria and Africa to the world.

According to Governor of Cross River State, Professor Ben Ayade, “the 2018 Calabar Carnival was a platform to showcase Africa to the world.

“With the theme Africanism, Africa has the opportunity of telling the whole world its story, the way it knows best which is through its dance, drums, hospitality and colours.

“Civilisation started in Africa, so Africa must take its pride of place in the world. We are also here to show that Africa as a continent is the future, Europe was the past while Asia is the present,” he added.

This year South African troupe raised the bar of their game by putting up a classic performance with the popular Zulu war dance that comes with energy, colour blended with the half-bare costume and culture that stand them out.

Their performance was a spectacle to behold, giving them the number position at the international carnival.

Coming second at the international carnival was the Mexico group, whose colourful costume and unique dance steps attracted cheers from the crowd, a display that characterises the country’s rich culture and people.

The Lithuanians though came third, but with good judgement, uniquely kept the crowd cheering their beautiful performance even after they have left the point of display.

Lithunians contingents at the 2018 Carnival Calabar puts up one of the most electrifying performance at the international carnival with a classic display of fireworks that spark off a thunderous applaud and ovation from the crowd.

Unlike the usual fire display, the Lithunia group was known for; they light up the stadium with a Calabar inscribed fireworks that excite the crowd.

Other countries that also made the international carnival a worthwhile were the Ghana, Ukraine, USA, Kenya, Ethiopia, Swaziland and Brazil. 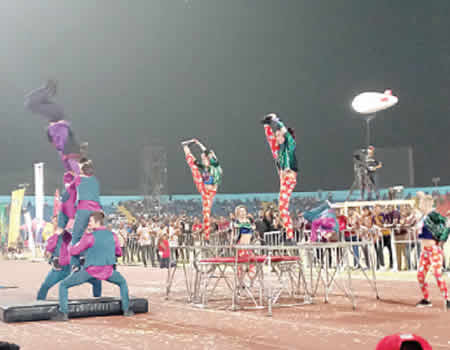 For this year’s edition of the biggest street part in Africa, Carnival Calabar, the competing bands through the theme; Africanism, put in their best performance along the 12km to get a better placement at the carnival. The Best Truck Float winner, Passion 4 came first while Seagull and Freedom settled for the second and third place respectively.

In the category for Best costume design, Passion 4 was the winner while Seagull band came second and Masta Blasta band was on the third place.

The Best Queen and Best King categories all went to the Bayside Band. For the Cultural Carnival category, Akwa Ibom State was declared the winner while Anambra and Enugu states clinched to the second and third position respectively.

The overall winner for the 2018 Carnival Calabar went to Passion 4 band while Seagull and Freedom bands came second and third respectively.

Badeh: Questions PDP must answer before it is loo late