•We are working aggressively to close all gaps —FAAN 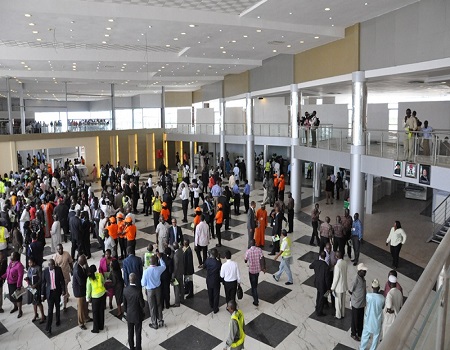 THE poor standard of many of the airports scattered all over the country which has continued to attract negative reactions from the Nigerian travelers may have been confirmed with the recent exemption of all the over 22 airports across the country by the Airports Council International (ACI) from the list of 29 airports across Africa that met the health measure standards of the international body.

The ACI Airport Health Accreditation programme provides airports with an assessment of how aligned their health measures are with the ACI business restart and recovery guidelines and the International Civil Aviation Organization (ICAO) council aviation restart task force recommendations along with the industry best practices.

In a swift reaction, the spokesperson of the Federal Airports Authority of Nigeria ( FAAN), Mrs Henrietta Yakubu declared:”we are intensifying our efforts at improving facilities in all our airports to ensure maximum comfort for all airport users. FAAN is working aggressively to close all the gaps that have been open in other to be accredited alongside other African airports”.

The ACI Airport Health Accreditation programme which enables airports to demonstrate to passengers, staff, regulators and governments that they are prioritising health and safety in a measurable, established manner, also allows airports to validate their own measures throughout their facilities and processes and reassures the travelling public using the airport’s facilities.

The guidelines attached to obtaining the accreditation touched on elements like cleaning, disinfection, hygiene, physical distancing, arrival health protocols and a host of others.

The release of the ACI health accreditation programme has sparked reactions from key players across the sector with many attributing the failure of any of the over 22 government airports in the country to be among the accredited airports to the poor infrastructures and hygiene around the airports.

The criticisms the development is generating may not be unconnected to the fact that while not even one airport in Nigeria merited the accreditation, five airports from Egypt alone were accredited while seven airports from South Africa qualified for the ACI accreditation.

According to some passengers spoken to about the development, while some said they were not surprised that no Nigerian airport made the list because of the obvious collapse of facilities at the airports, others described the situation as a national embarrassment to a country that is regarded as the African leading Giants.

Also commenting, a key player who spoke under anonymity declared: “it’s not good to see Nigeria missing off the airport Health accredited in Africa, which is evidence that the facilities at these airports remain safe and that precautions are being taken to reduce the risk to the health of the traveling public. Yet all airports in nigeria are missing, hope review is under way to ensure Nigeria is included at the next update. Let’s hope it does not impact Nigerian aviation negatively.”