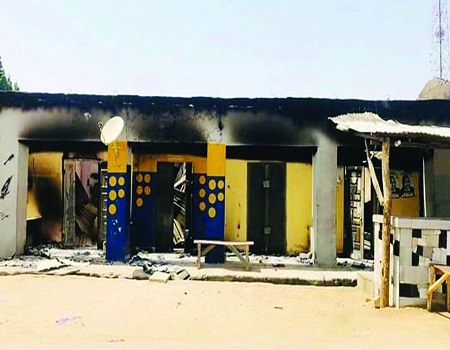 Bello also urged the government to ensure compensation for victims of the insurgents’ attack.

In a statement Wednesday in Yola, Bello said government at all levels need to consider appropriate compensation for the victims.

Bello who hailed from Gombi LGA further called for investigation into the alleged withdrawal of security personnel from their positions in Garkida shortly before the attack.

“I, therefore, call on the Federal and State Governments to investigate the February 21, 2020 violent attack on Garkida with a very serious intention of unravelling what aggravated the easy passage of the insurgents into the town.

“Government at both levels should also be considering appropriate compensation for the affected residents,” Bello said.

Bello lamented the growing incidents of attack on soft targets by the insurgents and urged the military to change strategy to contain the situation.