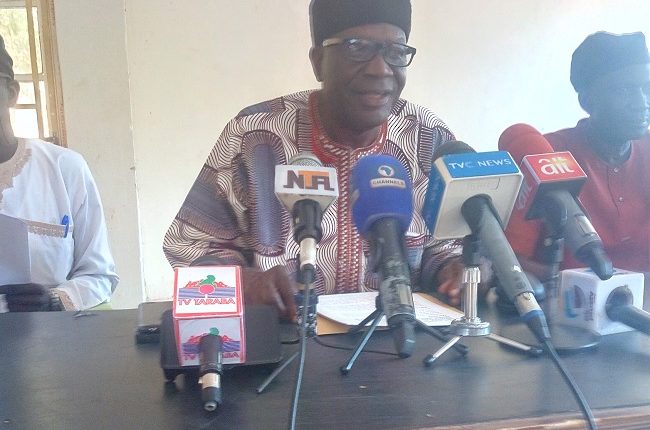 Taraba State Commissioner for Information and Reorientation, Danjuma Adamu on Friday disclosed that the state government has embarked on the construction of command headquarters for state newly established security, (the Taraba Marshall).

Adamu disclosed this during a press conference in Jalingo explained that the idea was to create a befitting atmosphere for the Marshall to help compliment the efforts of the security agencies in the fight against all forms of criminality in the state.

According to him, the government was committing huge resources to the project as it would compliment governor Ishaku’s determination to end insecurity in the state.

“We are looking towards ending the general insecurity in Taraba, ranging from farmers/herders clashes, kidnapping and other criminal activities.

“We can not afford to tolerant further forms of insecurity where our desires for development would be hampered. The Ambazonian attack on communities in the state is totally unacceptable, we need a secured Taraba that would attract development for the citizens”. Adamu expressed.

The commissioner also disclosed in the briefing that, all ongoing projects embarked by governor Ishaku’s determination would be completed before 2023.

“Governor Darius Ishaku is committed to completing all ongoing projects embarked by his administration before the end of tenure.

“The administration’s desire to transform Taraba among the top Nigeria state is not negotiable”. The commissioner stated.

Four DPOs, others receive awards of service to humanity in Calabar