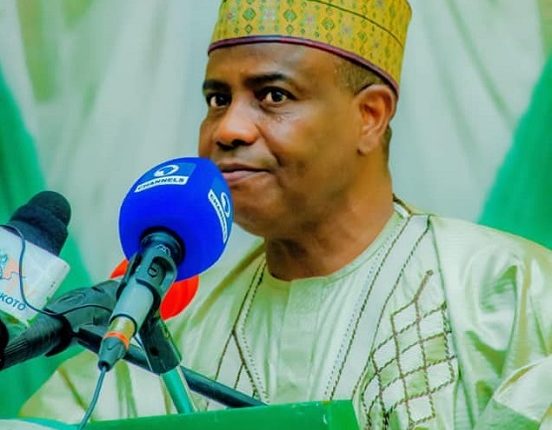 Governor Aminu Waziri Tambuwal of Sokoto state has appealed to President Muhammadu Buhari not to shy away from his responsibility as the Commander-in-Chief of the Federation in the face of the intractable security challenges across the country.

In a statement released and signed by Muhammad Bello Special Adviser Media and Publicity to the Governor of Sokoto state.

Gov Tambuwal took a swipe at a recent statement credited to the Presidency which blamed state governors for security lapses in their respective states.

The governor told a gathering of youths under the aegis of the National Youths Council of Nigeria (NYCN), commemorating the 2021 Democracy Day at the International Conference Center, Kasarawa, Sokoto, that the constitution puts the issue of security under the exclusive legislative list of the federal government.

Asking: “who is the commander in chief?,” if the President blames governors for what is an initio his duty, Tambuwal explains that as a governor if he gives a particular directive to the Garrison Commander, Director SSS, or any commander in the paramilitary forces, they have to clear from Abuja.

He added that those bosses they are answerable to must in turn report to the President who is the Commander-in-Chief as stipulated by the Constitution of the Federal Republic of Nigeria.

He said the president should address the prevailing security challenges in the country, saying as governors they are ready to compliment and support whatever effort is being made by the Federal Government in re-establishing security in their respective states.

Observing that Nigeria is a great country that must not be destroyed, the governor emphasized that its unity is fundamental and important, thus the need to nurture and harness the potentials of its teeming youths for the responsibility of leading today and tomorrow.

He stated that this is why his administration has been investing in education and agriculture so as to give the youths the competitive advantage of not only being responsible citizens but also being versatile global citizens.

He, however, observed that agricultural undertakings now are precarious as a result of the challenges of funding and insecurity.