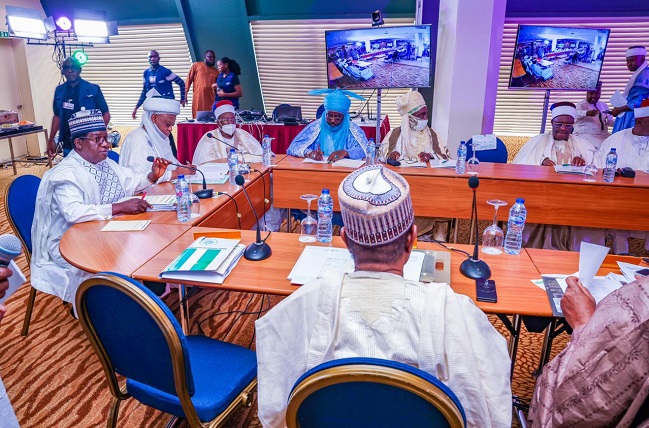 The 19 governors under the aegis of the Northern Governors Forum (NGF) unanimously expressed support for the establishment of state police in a bid to tackle the activities of insurgents, kidnappers and other criminal activities across the country.

The Northern Governors’ stance was contained in a communique issued at the end of the meeting with the Northern Traditional Rulers Council held on Monday in Abuja, organised to “review the state of security in the North and other matters relating to its progress and the development of the region.”

While reading the communique, NGF chairman and Governor of Plateau State, Simon Lalong, said the meeting reviewed the security situation in the North and other matters relating to its development and resolved to support further amendments of the 1999 Constitution (as amended) in the bid to accommodate the establishment of state police.

Governor Lalong affirmed that the northern governors and “traditional rulers support the review and constitutional amendment to accommodate the establishment of state police, with a view to effectively and efficiently address the security challenges in the Northern states.

“The Forum reiterated its commitment to the development of solar energy in view of the comparative advantage of sunshine in the region.

“Accordingly, it was unanimously resolved that 2000 megawatts of solar power be developed across the 19 States and FCT,” he noted.

The joint meeting also noted regrettably that the ongoing strike action declared by the Academic Staff Union of Universities (ASUU) strike is more punitive in the Northern region as most of the students across the region are attending public universities.

“Accordingly, the Forum appeals to the ASUU to cooperate with the Federal Government in resolving the strike action.”

According to a statement issued by the Director of Press and Public Affairs to the Governor of Plateau State, Dr Makut Simon Macham, the Northern Governors also engaged officials of the World Bank to discuss the level of implementation of the Adolescent Girls Initiative for Learning and Empowerment (AGILE) and Nigeria for Women Project which is being implemented in five Northern States.