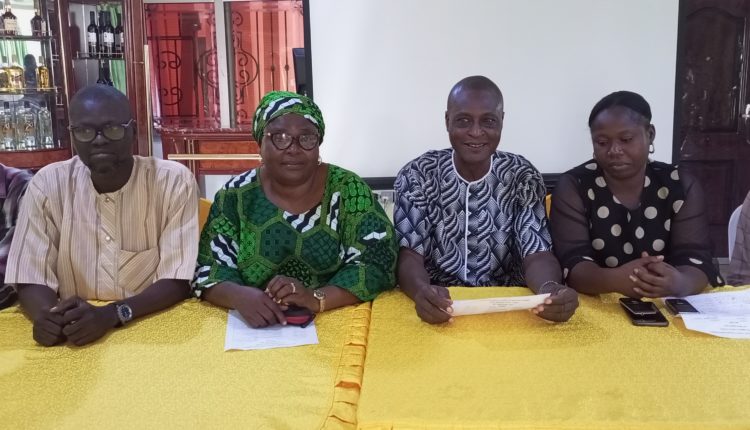 Small scale women farmers in Kwara State have called on the state government to provide them risk cover in form of agricultural insurance policies in the face of rising insecurity in farms.

In a communique issued at the end of a one-day Public Financing for Agriculture Budget Committee Advocacy (PFA-BCG) organized by the Kwara Budget Committee Group (BCG) in Ilorin at the weekend, the people under the aegis of Small Scale Women Farmers Organisation in Nigeria (SWOFON), among other stakeholders in agriculture, said that smallholder women farmers
contribute over 70 per cent of agricultural production in the state.

“Considering the agricultural risk; rising insecurity in farms; farm raiding, cattle destructions, and kidnappings, climate and other natural disasters, farmers are not encouraged to continue farm practices without risk covers. Hence, the state government should promote enrolment of agricultural insurance policies for smallholder farmers, while challenging the poor security issues that threatens farmers”.

According to the Chief executive officer of the Centre for Community Empowerment and Poverty Eradication (CCEPE), Abdurrahman Ayuba, the state government usually involve smallholder women farmers in central budget committee meetings/defence, “but are not part of planning, and implementation of agriculture budget, despite their role of contributing over 70 per cent of agricultural production”.

“The yearly state agriculture budget should be more gender responsive by providing line items for the implementation of the National Gender Policy in Agriculture that address specific challenges that affect women farmers different from men as well as avoid lumping up budget for women farmers and other groups such as youths”.

The group, which observed that there has not been significant improvement in budget allocation to agriculture in line with Maputo/Malabo declaration and commitment, said that the declaration recommended 10 per cent of annual budget to agriculture.

“Kwara state government and House of Assembly are advised to scale up public investment in agriculture, ensure timely consideration, passage, and total budget releases as a strategic approach to increase food production, reduce hunger and poverty and achieve the Maputo/Malabo commitment.

“The Kwara State Ministry of Agriculture and Rural Development should create awareness/sensitization of stakeholders on the new agricultural policy as part of efforts towards promoting improved citizen participation in budget process.

“The existing relationship between the state government and non-state actors should be strengthened in a bid to promote accountability and transparency in public resource management.

“Kwara BCG advised that monitoring and implementation of extension agricultural projects should be strengthened”.