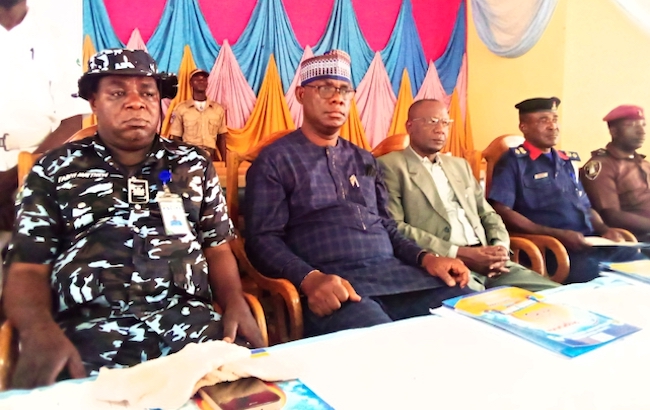 Against prevalent security challenges in parts of the country, the federal government has been advised to adopt traditional knowledge-based intervention to effectively tackle the situation.

“As custodians of their people and culture, traditional rulers (if given a chance and role) can apply their traditional wisdom in many cases to stem down the insecurity in the nation. So, there should be constant dialogue between the state government and the traditional leaders.

“Most people believe that insecurity can only be solved by the national government. But traditional political systems are still well-regarded and respected by the citizens.

“In relation to security, therefore, the traditional institutions must be supported by the government. There are no leaders who understand their people more than the traditional rulers. The government must listen to them and the state must see them as partners rather than subordinates in fighting insecurity,” he said.

Narrowing it down to Kwara North, Professor Mahmud said poverty is a major cause of insecurity in the area.

“Most parts of Kwara North is rural in nature and suffers from rural poverty as in many similar situations. Along with poverty is a high level of unemployment. Kwara North is without any industries and relies on agriculture for a living. Most youth cannot be gainfully employed in the agriculture sector and yet there are no paying jobs. So, they are easily potential agents of insecurity.

“What distinguishes Kwara North from the rest of the state is the prevalence of poverty in the area. There are hardly any institutions of higher learning in Kwara North even after fifty-something years as a member of the state. We must, therefore, praise the founders of Ahman Pategi University, Pategi. Before the university was established, there is only the College of Education (Technical) here in Lafiagi. Yet Kwara North is half of the landmass of Kwara state. The educational sector must improve so that youth will be gainfully employed.”

“Another distinctive characteristic of Kwara North is the international boundary it shares with the Republic of Benin. Those who engage in boundary studies know that boundary community are the poorest of the poor. It is a fact that nations often neglect the border areas even though they are important for sovereignty. This neglect has encouraged underdevelopment and has made many youths engage in illegal trade in drugs and arms trafficking. This is a serious threat to security.

Explaining what Police is doing to prevent infiltration of bandits from neighbouring Niger state, the State Police Commissioner, Mr Tuesday Assayomo, who was represented by DPO Lafiagi, Mr Mathew Fabiyi, said that the “Commissioner has approved operation stop and search in border areas and we have been getting the support of the community stakeholders in carrying out this operation.”

The Police boss, however, urged the government and management of the College of Education (Technical) Lafiagi to complete perimeter fencing of the school, saying doing that will further make the school safer.

Another discussant, Dr Barakat Ibrahim, who is a senior lecturer at the College of Education, Lafiagi drew the attention of the security agencies to farm produce theft, describing it as another critical problem facing farmers in Lafiagi and its environs.

Giving his remarks and solution to insecurity and youths restiveness, the Emir of Lafiagi, Alhaji Mohammed Kudu Kawu suggested the idea of ‘trust fund’ by private organisations and wealthy individuals.

“Insecurity is everyone’s business and unemployment is one of the major causes of insecurity”, he said, noting that government alone cannot create employment and tackle insecurity.

“This is where private organisations and wealthy individuals have to come in through the establishment of ‘Trust Fund’ to be managed by private people of high character.”

The Emir also called on parents to always give proper parental training to their wards and implored the youths to imbibe the habit of deploying dialogue in pressing home their demands from the government.

The monarch also said that violence can never achieve anything good, it would rather add to numerous problems facing the country.

The traditional ruler, therefore, promised to review papers presented by different resource persons and security agencies and see to anyone that can be implemented at the community level and in collaboration with the government to further strengthen peace and stability in Lafiagi, Kwara North and the entire state.

Among security agencies that graced the summit are DSS, Civil Defence, NDLEA and local vigilante.

In spite of the huge investment in the water sector by the government and international organisations, water scarcity has grown to become a perennial nightmare for residents of Abeokuta, the Ogun State capital. This report x-rays the lives and experiences of residents in getting clean, potable and affordable water amidst the surge of COVID-19 cases in the state…Kwara North stakeholders.    Kwara North stakeholders