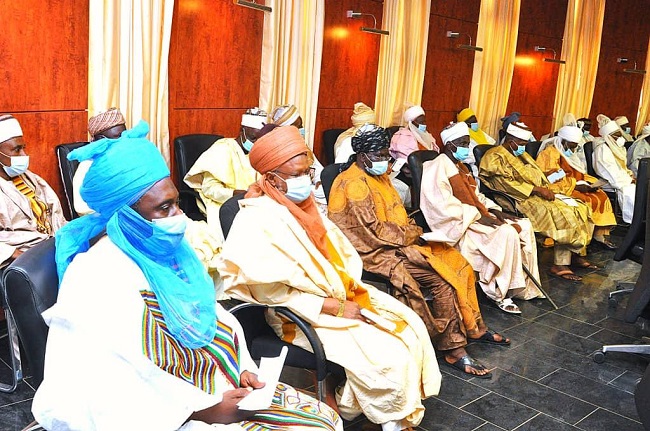 Share
Kaduna State government has stated that it is set to screen youths in its preparation to commence community policing in order to tackle general insecurity in the state.
The Commissioner of Local Government, Alhaji Ja’afaru Sani, stated this during a meeting of major stakeholders in the three senatorial districts which was chaired by the state Acting Governor, Hajiya Hadiza Balarabe on Monday.
He said the state will commence thorough screening of selected youths by their district heads for community policing to fight insecurity.
“We plan to adopt community policing in our communities to complement security. We asked district heads to select honest youths and send to local government for thorough screening for community policing.
“We are confident that community policing will solve the insecurity issue,” he declared.
Earlier, the Commissioner of Internal Security and Home Affairs, Samuel Aruwan made a presentation on government efforts and steps taken in tackling insecurity, saying the government will continue to engage the traditional, community, political leaders among others to end it.
Speaking with journalists after the meeting, the senator representing Kaduna Central zone, Malam Uba Sani, said they came together to look into the security problem facing Kaduna, stressing that insecurity needs to be tackled collectively.
Uba Sani noted he was working on a bill to restructure police architecture, to meet contemporary challenges, adding that if it scales through, the bill will create state police.
“I’m working on a bill to restructure the policing architecture, that will pave way for federal and state police. We want to solve insecurity in the state and Nigeria as a whole,” he said.
According to Senator Sani, “we will involve the community in tackling insecurity in the state, through traditional and political leaders. Our governor is determined to end insecurity in the state.”
Also, speaking member representing Kajuru/Chikun federal constituency at the National Assembly, Hon. Yakubu Umar Barde commended Governor Nasir El-Rufai for his efforts in tackling insecurity.
Hon Barde argued that insecurity affects everyone in the society, irrespective of political affiliations, ethnicity or religious beliefs.

The meeting had senators, members of the House of Representatives, state House of Assembly members and chairmen from the 15 local government areas in Kaduna North and Kaduna Central senatorial zones as well as District Heads in attendance.

Makinde has paid more pensions, gratuities than any govt since 1999 ― Oyo NUP Secretary