Insecurity in South- East: NANS commiserates with families of victims of banditry 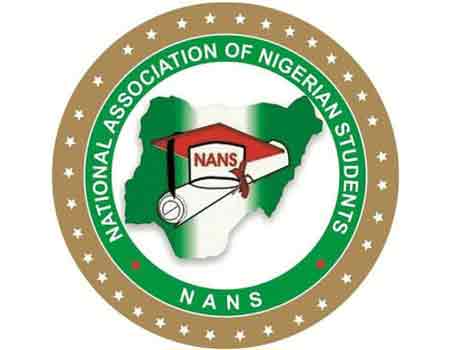 The National Association of Nigerian Students, NANS, has commiserated with the families of those who lost their lives in the recent attacks which occurred within the campus communities of Imo State University, Owerri and other campuses in the zone.

The group called on the security agencies to be up and doing in safeguarding lives and property of the Nigerian students and to ensure that their personnel is tamed from unprofessional conducts as seen in the death of Divine Nwaneri of the faculty of Agriculture, Imo State University, who was gunned down by security personnel recently.

Addressing newsmen in Owerri on Monday, the National Public Relations Officer of NANS, Comrade Victor Ezenagu, charged the Nigerian youths and students to embrace peaceful approaches in registering their grievances rather than through violence and destruction of the nation’s collective assets.

The student body condemned the spate of killings and razing of police stations describing it as very terrifying, and had subjected the masses to difficult times.

He said, “it is no longer hidden that the insecurity in Nigeria has worsened to the extent that in most parts of the country, Nigerians are left to their fate when confronted with either life-threatening attacks or terrorist invasion, how low can we go as a nation.”

He added that asides from the lives and property threatening situation occasioned by insecurity, it had also affected the economy of the state because no investor would gamble with his fortune in a country like Nigeria at the moment.

” As a nation, our productivity level has almost reduced by half and of course these problems have its resultant effects. We might be boxed to a corner where the CBN will keep printing and minting money till inflation attains its all-time high and most likely our currency will be likened to that of Zimbabwe,” he warned.

According to him, “this is the time for the government at all levels to become more proactive in devising means and strategies to protect common Nigerians, ensuring the legislation of people-oriented policies, evenly distribute resources and democratic dividends, engage adequate and competent hands in the system.

While condemning the various attacks and killings seen recently in South-Eastern Nigeria, most especially in Imo State, the group called on all Imo citizens and residents to rally around the state government in these trying times and assist invaluable information gathering to enable the state to curb the menace.

They pointed out that security is everybody’s business adding that burning down the governor’s residence was indeed barbaric and amounted to challenging the seat of power, which could be likened to treason.

They called on all well-meaning Nigerians to give way to a sense of reason because a careful study of what led to crises in some Middle-Eastern nations started with what is happening in Nigeria.

He said: “attacking of armed uniform men and our police stations must be condemned in all entirety, let’s not push the Sout- East to turn into a Banana Republic.”

According to NANS, “when the security agencies are deliberately attacked, it simply means insurrection is somewhere around the corner cooking”, adding that government and the people must at this point rise up to the occasion and defend the land.