Insecurity: Danish warship to arrive Gulf of Guinea in November 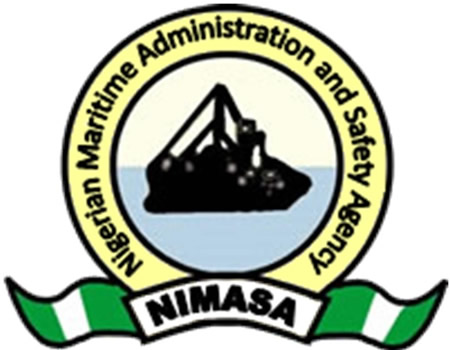 Denmark, by November will deploy a naval vessel HDMS Absalon to West Africa’s Gulf of Guinea (GoG) to aid the fight against rising maritime insecurity and piracy in the region.

The decision follows a call by A.P. Moller-Maersk A/S and shipping industry groups for a more assertive international response to kidnappings that occur in the region. The waters in the area are the most dangerous for seafarers worldwide, accounting for almost all maritime abductions in recent years.

The Danish government will deploy a frigate equipped with a helicopter to patrol international waters in the GoG from November for an initial period of five months, according to a statement by Danish Defense Minister Trine Bramsen recently. The vessel will combat piracy by providing escorts to civilian shipping and carrying out rescue operations following attacks, it said.

The deployment is welcome as “regional countries currently do not have the capabilities needed to suppress piracy,” said Jakob Larsen, head of maritime security at BIMCO, one of the world’s largest industry groups for shipowners. It will provide a litmus test of how West African coastal states support and facilitate such initiatives, he said in an emailed statement.

The vessel should be permitted to operate unhindered as long as it steers clear of individual countries’ territorial waters, he said.

Last year, 95per cent of the 135 seafarers seized worldwide were kidnapped in the GoG, a vast expanse of the Atlantic Ocean stretching from Senegal to Angola, in 22 separate incidents, according to the International Maritime Bureau. Hostages are usually taken to Nigeria, where ransoms are negotiated.

Copenhagen-based Maersk, the world’s biggest shipping company, is responsible for more than a third of maritime trade in the GoG, while as many as 40 Danish-operated vessels sail through the area daily. Maersk said in January that “effective military capacity” needs to be dispatched to the region.

“If we are to get serious about managing security in the Gulf of Guinea, an international military presence is necessary,” Danish Defense Minister Trine Bramsen said in Tuesday’s statement. “We are working for more countries to assume a responsibility.”

Nigeria, a front-runner in combating piracy in the region, is opposed to allowing commercial ships in the nation’s waters to carry weapons even if they are in transit, claiming recent investment in equipment and training will phase out the need for private security providers. A spokesman for the nation’s defense ministry didn’t immediately respond to questions about Denmark’s announcement.

“We hope other countries will consider supporting the Danish antipiracy operations,” Larsen said.

Recall that the Nigerian Maritime Administration and Safety Agency (NIMASA) had recently announced plans to deploy the Deep Blue assets which is expected to address the issue of rising insecurity in Nigerian waters and to an extention, the Gulf of Guinea.

Insecurity: Dannish warship to arrive Gulf of Guinea in November

In spite of the huge investment in the water sector by the government and international organisations, water scarcity has grown to become a perennial nightmare for residents of Abeokuta, the Ogun State capital. This report x-rays the lives and experiences of residents in getting clean, potable and affordable water amidst the surge of COVID-19 cases in the state.  Insecurity: Dannish warship to arrive Gulf of Guinea in November