Injustice in a digital economy: How government is killing creativity, self-employment initiatives

Features
By Kola Muhammed and Adeola Otemade On Feb 21, 2021 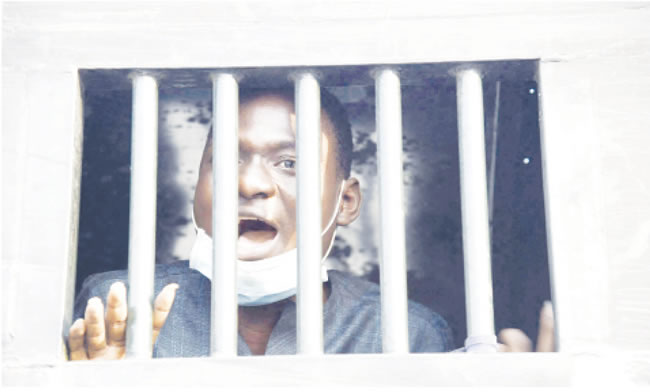 In the event of this year’s celebration of World Social Justice Day, KOLA MUHAMMED and ADEOLA OTEMADE report the situation in the country as it relates to security and social justice, and the dissatisfaction of experts and citizens alike with policies towards the increasingly inevitable digital reality.

When the theme for this year’s World Day of Social Justice which was commemorated yesterday February 20 was unveiled, it was as if Nigeria was the motivation behind it. The theme, ‘A Call for Social Justice in the Digital Economy’, appeared apt for situations going on in the country pertaining to social justice and digital economy.

The United Nations General Assembly which announced the annual celebration highlighted the importance of peace and security to the achievement of social development and social justice.

“The General Assembly recognises that social development and social justice are indispensable for the achievement and maintenance of peace and security within and among nations and that, in turn, social development and social justice cannot be attained in the absence of peace and security or in the absence of respect for all human rights and fundamental freedoms,” it said on the United Nations website.

In Nigeria, recent weeks have seen a rise in ethnic clashes across regions in the country which threaten its peace and security. Particularly in the South-West, several people have lost their lives at the hands of killer herdsmen. Tension has led to violent clashes between the Yoruba and Hausa/Fulani groups at Igangan and Shasha communities in Oyo State, among others, leading to loss of lives and properties.

In a bid to douse the tension and facilitate peace between the warring groups, a delegation of Northern governors, led by Governors Atiku Bagudu (Kebbi), Abdullahi Ganduje (Kano), Bello Matawalle (Zamfara) and Abubakar Bello (Niger) visited Shasha market in Ibadan.

“This is because both the Hausa and Yoruba communities were unanimous that two issues led to this situation. There has been contention over the leadership of the Shasha market even though the Serikin Shasha and Baale of Shasha are in agreement about leadership.”

Despite the attempt by Bagudu to play down inter-tribal hostilities, insecurity in the country remains at an all-time high such that service chiefs, after a prolonged public outcry, were replaced some weeks ago.

The latest Kagara schoolboys kidnapping in Niger State has also been described by many activists as a sad trend which is fast becoming a norm, given that the Kankara incident in Katsina State occurred only two months ago, while recent history is already replete with the abduction of schoolgirls in Chibok, Borno State and Dapchi in Yobe State.

But while the youth, particularly, have continued to take to social media to lament the high-handedness of security agents against them which has resulted in allegations of killings, maiming, abuse and extortion to varying degrees, nothing concrete was done to address the issues.

On October 20, 2020, the frustrations boiled over. On that day, more than 100,000 Nigerians saw on the Instagram Live Feed of popular disc jockey, DJ Switch, how Nigerian security forces opened fire on unharmed protesters, following days of #EndSARS protests.

The incident which has since been described by youths on social media as #LekkiMassacre led to the setting up of judicial panels of inquiry across the 36 states to look into accusations against security agents, with the hope of getting justice for Nigerians who have been on the receiving end of power abuse by those who were supposed to protect them.

Following a move by the Lagos State judical panel to reopen the Lekki toll gate, youths in the state again reorganised themselves to protest the development which they saw as ill-timed and inconsiderate to the feelings of families of victims of the #LekkiShootings. Many notable Nigerians also berated the mishandling of protesters this time round.

One of the issues which culminated in the #EndSARS protests was about the general profilling of most of the youth who engaged in online transaction as internet fraudsters or ‘yahoo boys.’ The police anti-robbery squad picked up these youths at will for allegedly indulging in internet fraud, while in fact many of them were into digital businesses which sometimes require sophisticated technological gadgets.

Many information and communication technology (ICT) practitioners have alleged that the possession of sophisticated technological gadgets has made them easy prey and given a lee way for security agents to label them as fraudsters.

However, findings by Sunday Tribune has revealed that the digital economy in Nigeria is a fast-growing lucrative industry which is only likely to get bigger and better as the years pass by.

In monetary terms, findings by Sunday Tribune revealed that the ICT sector contributed N500 billion to the Nigerian economy in 2014 and has created over 2.5 million jobs in the past 10 years while attracting about $30 billion foreign investment between the year 2003 to 2014.

On a global scale, reports indicate that the global digital economy was worth $11.5 trillion in 2016 and was equivalent of 15.5 per cent of the world’s overall Gross Domestic Product (GDP).

To corroborate this, the Minister of Communications and Digital Economy, Dr. Isa Pantami, was reported to have said that ICT contributed about 13.9 per cent to Nigeria’s GDP in 2019 alone, with projections that the internet will contribute $300 billion to Africa’s GDP by 2025.

In the private sector, several digitally-inclined economic start-ups are making waves and attracting foreign investors to the country.

The acquisition of a Nigerian financial technology payment solutions platform, Paystack, for $200 million by American company, Stripe, in October 2020, is proof that Nigerians remain innovative and continue to thrive despite the challenging environment. Many other digital platforms have consistently attracted foreign investment as the financial technology sector particularly is being tipped to change the global perception of Africa.

Due to the restriction on physical and congregate activities during the COVID-19 shutdown, there has been proliferation of opportunities in the digital space and acceleration in the growth of the digital economy with many sectors striving to adopt strategies that will aid economic recovery and resumption of activities post-COVID-19. Unfortunately, policies by the federal government appear to be frustrating efforts of digital start-ups in the country.

For example, the ban on motorcycles by the Lagos State government in 2020 saw the crash of transport hailing digital platforms such as O’Ride, Max Okada and GOkada. According to reports, some of the affected start-ups went under completely with their investors choosing to shift attention to other climes on the continent.

The recent ban by the Central Bank of Nigeria (CBN) on crypto currency, a fast-rising form of digital currency, and directive to stop all banks from trading in it saw certain banks and dependent platforms hit.

The most pronounced was Providus Bank which reportedly closed its virtual accounts. Subscribers and several fintech platforms which relied on it saw their activities suspended, with many lamenting huge loss of money and traction in a matter of hours.

However, some financial experts have disagreed with the CBN directive, saying that it is a backward move in a world that is increasingly becoming digital.

A former CBN deputy governor and presidential aspirant, Kingsley Moghalu said: “My response as someone who is versed in risk management will be that there is a reality today that the world is going digital and there is a lot of innovation in the world and cryptocurrencies are part of it.”

“We have to go back to understand what crypto currencies actually are, which are virtual currencies that can be exchanged online to purchase goods and services, and the value of legal tender currencies does not determine the value,” Moghalu told Channels TV.

Also reacting was former World Bank vice president, Obiageli Ezekwesili, who said that it was often difficult for Nigerian and African policymakers to understand disruptive technology.

“I believe in technology very much. My biggest worry about disruptive technology was always how much harder it would be for regulatory authorities in our country and continent to understand, gain mastery on their value to economic growth and development to be champions for it,” Ezekwesili posted on Twitter.

Speaking with Sunday Tribune on the injustice done to young Nigerians through recent policies on digital business, a digital start-up founder, Chibuikem Nwani, expressed the frustration of many youths trying to be self-employed in the face of rising unemployment in the country.

“The government is just something else. They are living in another world entirely. Sometimes, we give up, but we ask ourselves; if not us, then who? Then we pick ourselves up again,” he said.

Corroborating Nwani’s view, a fintech investor, Olalekan Jayeoba, lamented that for a government that has provided no social amenity for the people, the least it could do is provide an enabling environment for young people to thrive.

“As an average Nigerian, you wonder what the government is doing for you in particular. Light? No. Subsidised housing? No. Water? No. Security? No. Absolutely nothing.

“You go through extreme conditions to build yourself a house, pay for private security, drill yourself a borehole, buy generator to get power and the kids to attend private school. In fact, if you ask me, we scarcely need the government.

“Yet, those of us showing initiative, trying to utilise scarce resources and global trends to make a living for ourselves and employ a few others, still have to go through tons of bureaucracies to get licences.

“When we get the licence, the government can still wake up and say they no longer want such business, after getting their approval in the first instance! Fintechs relying on digital commercial banks woke up to their businesses drowning due to no fault of their own making.

“Sometimes, it takes being crazy to not only survive in this country but also do something worthwhile. I think the government needs to do better,” Jayeoba further told Sunday Tribune.

With many digital businesses being operated by young people now facing extinction, a rebound may be far from coming as government policy may have once again crippled the dream of many. There is definitely no plan for compensation and another cycle of injustice might have just begun.