Infographics: Men to vote more than women as #NigeriaDecides2019 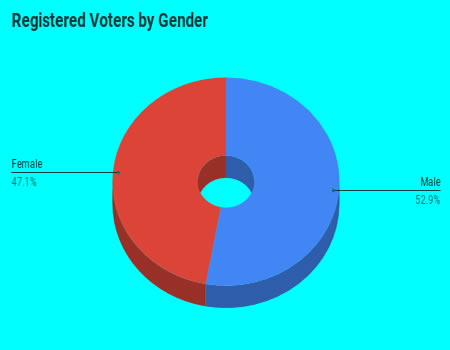 More men are expected to vote on Saturday than women,  according to statistics released by the Independent National Electoral Commission (INEC).

Women’s minimal participation in Nigeria has multi-dimensional implications for the democratic project in Nigeria and for the continuing quest for gender equality in Africa’s biggest economy.

Information from INEC shows that out of the 88 million registered voters in the country, only 47.1 per cent are women.

Women’s presidential candidature stands at six out of 73, while 763 women are vying for seats for the Senate and House of Representatives out of 6,563 places available.

Simply put, at eight and 12 per cent candidature for the presidential and National Assembly elections, respectively, the prospects for gender parity in Nigeria remains a distant dream.

INEC: The world is watching!