‘Infection now major cause of death in diabetic patients’ 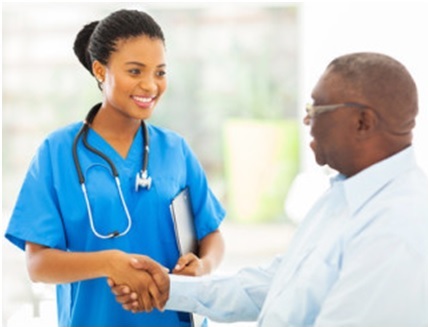 EXPERTS believe that infection might have taken over from diabetes emergencies, stroke and diabetic foot syndrome as the major cause of death of persons with diabetes, making patient education on infection prevention and prompt treatment life-saving.

In a new study, researchers’ review of causes of death in hospitalised patients with diabetes found infections with sepsis were the major cause of death, accounting for 51.6 per cent followed by cardiovascular diseases (16.5 per cent), cancers (14.3 per cent), acute diabetic emergencies (6.6 per cent) and stroke (6.6 per cent), with kidney complications and road traffic accidents accounting for 2.2 per cent each.

According to them, these infections, with sepsis from multi-organ failure might be accounted for by the relative poor hygienic conditions in the environment.

The 2020 study entitled “Mortality patterns in patients with diabetes mellitus at a Nigerian tertiary hospital: A 10-year autopsy study” which was published in the Nigerian Postgraduate Medical Journal involved Drs Sebastian A Omenai, Uchenna S. Ezenkwa and Mustapha A Ajani.

The researchers had reviewed a total of 1,092 cases of autopsies done at the University College Hospital (UCH), Ibadan, between January 2008 and December 2017, of which 91 cases were on patients with diabetes accounting for 8.3 per cent.

The researchers stated that understanding the exact complications in patient with diabetes leading to death could help in policy decisions to reduce such deaths.

Previous non-autopsy studies from Nigeria show that the most prevalent causes of deaths in diabetics are diabetic emergencies, stroke and diabetic foot syndrome. Deaths from infection or outright sepsis did not rank high in these studies that are based largely on death certificates.

Diabetes is a chronic disease with an estimated prevalence of one per cent in rural areas and five to seven per cent in urban sub-Saharan Africans. The prevalence in Nigeria has also risen over time, and this could be due to increase in awareness and presentation in hospitals.