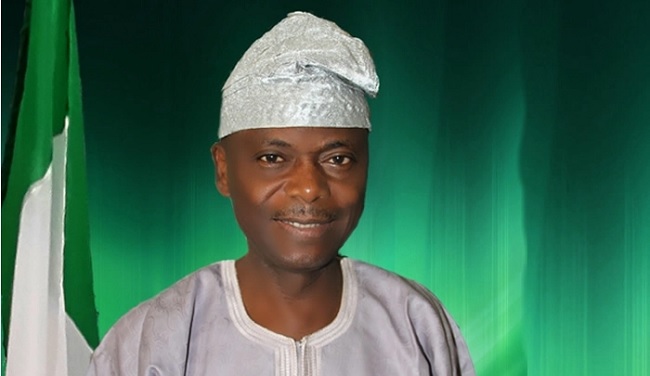 A former member of the National Assembly and the founder of Achievers University, Owo in Ondo State, Dr Bode Ayorinde, has said that the level of unemployment in the country can be reduced drastically if the federal and state governments can commence on the industrialisation of the nation’s economy.

Ayorinde who stated this during the 10th convocation ceremony of Achievers University stressed the need for the federal and state government to put in place industrial policies, which are to be reviewed periodically with a view to assisting small industries to become bigger.

According to him, unemployment is unquestionably one of the major macroeconomic problems affecting Nigeria, especially the youths, with its upward trend over the past five years, saying the statistics are frightening and worrisome.

He noted that the unemployment crisis has aggravated criminality nationwide, including the banditry epidemic, while armed youths have taken to kidnapping for ransom and often kill after collecting ransom.

The former lawmaker said: “These idle youths are bubbling with knowledge and energy which are not employed for economic growth, hence made available for “yahoo” activities, prostitution, raping, among others

“When there is no employment, there will be no production of goods and services. The consequence of which is a lack of quality life for our citizens, otherwise known as poverty.

“The situation is so bad that our country is being described as the “poverty capital of the world”. The rate of criminality everywhere has reached an alarming rate and it would get worse if urgent measures are not taken to curtail the situation.”

Ayorinde, however, posited that unless there is an urgent need to industrialise the nation’s economy the incessant crisis that is threatening the foundation of the peaceful coexistence in the country will be child play.

The founder said when policies are well implemented and monitored they quicken the developmental process and alleviate poverty and said “each state government must establish Industrial Estates across the country and provide incentives such as tax holiday, easy access to land and provision of good roads to encourage the private sector to establish companies.

“It is very important for the Federal Government and every State Government to put in place industrial policies, to be reviewed periodically with a view to assisting small industries to become bigger.

“Government should establish industrial incubation centres in each state of the Federation with a mandate to systematically grow industries in the country.

“Every local government, town and community must come together and galvanize human and material resources to establish industries, as government alone cannot do it.”

Ayorinde said: “Each Local government in the federation can be goaded to establish one big factory in each Local Government; that will be 774 companies in Nigeria.

“The Federal Government must take the lead and provide guidelines and incentives, I don’t know if you can see the picture of what I am painting? It is beautiful to behold. Once again, our youths will be gainfully employed and there will be peace and prosperity in our land.

“Industrialisation is the key and only single-dose that will cure the menace of hunger, criminality, banditry, Poverty, restlessness and other social vices being indulging by our youths.

“Industrialisation will necessitate expansion of facilities that will enhance high-quality life for Nigerians.”

Though Challenges Persist, Promise Of God For A Great Nigeria Will Be Fulfilled, Says Osinbajo