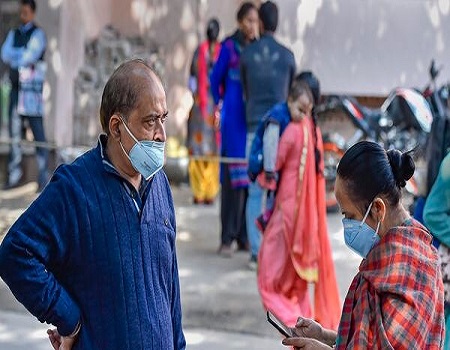 India on Tuesday suspended with immediate effect all regular visas or e-visas granted to the nationals of Italy, Iran, South Korea, Japan issued on or before March 3 to curb COVID-19, said a revised travel advisory.

These visas also included visas-on-arrival for Japan and South Korea, according to the travel advisory.

“Those requiring to travel to India under compelling circumstances may apply for fresh visas to the nearest Indian Embassy or Consulate,” it added.

Diplomats, officials of the UN and other international bodies, Overseas Citizenship of India (OCI) cardholders and aircrew from the above countries were, however, exempted from such restriction on entry, adding that medical screening is compulsory for them.

Three more cases were detected in India on Monday, including places in Delhi, the southern state of Telangana and the western state of Rajasthan.

Besides, six people who were said to have been in contact with the Delhi case have been kept under watch and their samples were sent for testing.

According to the advisory, all foreign nationals who have travelled to China, Iran, Italy, South Korea, and Japan on or after Feb. 1 have been prohibited from entering India.

Passengers of all international flights entering into India from any port are required to furnish duly filled self-declaration form and travel history to health officials and immigration officials.

Passengers (foreign and Indian) other than those restricted, arriving directly or indirectly from a number of countries and regions must undergo medical screening at the port of entry.

WHO estimates 900m people to have hearing loss by 2050