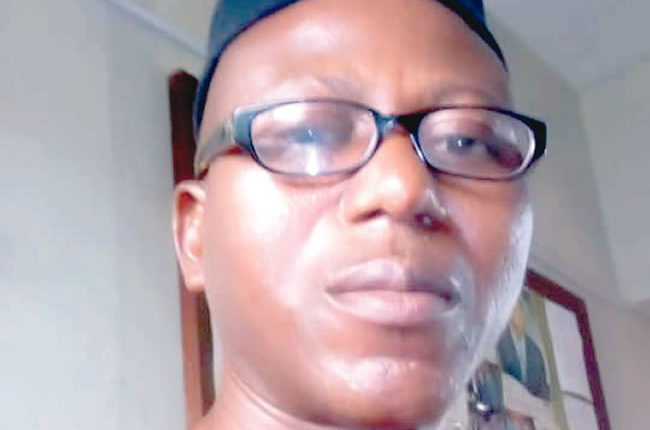 A University of Ibadan lecturer, Professor Abiodun Folawewo, whose specialty is in Macroeconomics, Labour and Development Economics, speaks to DARE ADEKANMBI on his worry for the 2021 budget estimates and suggests ways to end a cycle of budget deficits, among other things.

GIVEN that implementation of budgets is most times in dissonance with the reality painted in the budget estimates, what is your view on the 2021 budget?

Generally speaking, we know that all budgets are just proposals. It is when it comes to implementation that one is confronted with the constraint of one’s resource flow and that is when one now knows the reality in terms of the realisation of the budget.

In reference to your statement about the past two to three years where budgets have been rolled out but the implementations have not been commendable, I will say a budget is a proposal which could be affected by the reality of limitation in resource generation and expenditure which will determine whether the budget is realistic or not.

This budget is fairly okay. As noted by President Muhammadu Buhari during the presentation, Nigeria, like other countries in the world, is affected by the Coronavirus pandemic which we are yet to get out of. The pandemic has affected virtually every segment of the economy which is why the economy was nose diving and we experienced negative growth in the second quarter of this year. With this background in consideration of the budget, you will see it as a good one.

With N3.3 trillion budgeted for debt servicing alone and recurrent expenditure taking N5.6trillion, compared to the N3.8 trillion proposed for capital votes. Should Nigerians not disturbed by these disparities?

The capital expenditure is 29.43 per cent of the total expenditure and when it is compared with the recurrent expenditure, it is about 55-57 per cent. My worry is the N3.3 trillion proposed for debt servicing. If we continue to run a budget deficit, the implication is that the debt deficits must be financed and this is done primarily by borrowing. Every debt has to be paid, even though the debt is cumulative over time as borrowing and repayment go hand in hand, leading to new debts. The obligations to repay the debts cannot be run away from.

The debt servicing of N3.124 trillion is about 23 per cent of the actual budget. This shows that once debt accumulation is a continuum, it will limit the amount of money available to execute capital and recurrent expenditures, which is the situation now. This may not change in the next few years because we are spending so much more than we are generating.

When one’s expenditure is far below one’s projected revenue that automatically means one has a deficit. Borrowing becomes a major way out and every projection also has to make way for repayment of the money borrowed.

I think it is for the government to be more careful in its expenditure outlay by investing in socio-economic infrastructures. The nature of the budget gives the direction that the government is trying to go, which is to provide infrastructure. This is the emphasis that comes from the budget proposal as seen in Transport accounting for about six per cent of the budget, Works and Housing over 10 per cent while education and health account for less than nine per cent.

The government is saying that it needs to continue to incur debts in order to finance infrastructural development. My worry is not that they are piling so much debt and we are spending so much money on servicing debts. If the loans being borrowed are being used for the right projects and activities, I will not have any worry.

The government financing outlay states that about N7.09billion will be spent on specific projects, which have to be sourced from multilateral financial agencies. These are still loans. If they will really spend it on those projects, then so be it.

Nigerians are of the views that since 2015, this government has been talking about railways, Lagos-Ibadan road and others. But none has been completed five years after.

However, if we have trust in the government that is credible, everybody will go to sleep that it would use the money borrowed for what it is meant for. So, the government might need to work on its credibility. Since these projects take time, monitoring and evaluation teams should be put in place by all stakeholders comprising of government agencies and individuals. This is important because huge amount of money is spent on these projects.

For example, the Lagos Ibadan railway project is estimated to take three years, stock has to be taken on the money spent every year which is eventually incorporated in budgets that cover the project period. Nigerians should be able to ask the government questions on all these expenses coupled with a strong monitoring and evaluating processes.

What is your take on the implementation and performance of the 2020 budget, even though the president gave some excuses such as covid-19 for non implementation of certain aspects, despite accessing almost all the entire money it proposed to borrow to fund the gaps?

If revenue has performed up to 50 per cent, the expenditure is not expected to perform the same way because there is usually a time lag between revenue generation and expenditure making. Even though the government tried to bridge that by ensuring that budgets run from the beginning of the year, which has never been the case.

The Coronavirus pandemic led to the grounding of the economy for almost three months, and during this period, the government cannot perform any magic. All these are issues to consider, even though, they do not exonerate the government from the fact that the budget is not being implemented the way it should.

What can be done for the country not to be held to ransom by its many creditors? After former president Olusegun Obasanjo embarked on many diplomacy shuttles that earned us debt forgiveness, it seems we are returning to a state where we will eventually ask for such forgiveness one more.

As an economist, I do not see that situation occurring again. The country must urgently embark on pragmatic management of its resources which would enable it over time to generate resources from its several revenue generating activities apart from oil. The only thing we need is prudency in the management of our resources. There may be need to cut down on some unnecessary overhead expenditure.

The government already increased VAT to 7.5 per cent, subsidy has been removed, electricity tariffs doubled, and stamp duties introduced in a bid to generate revenue.  What is your suggestion on management of these resources within the context of an over-bloated government system with reduplication of agencies and functions?

Everything boils down to prudency in management of resources. If the need to downsize the public sector becomes necessary, it can be done. About two months ago, the government said it wanted to implement the Oronsaye Report, but we do not know the extent it has gone with it.

Though, some of these things are political in nature because we cannot take away politics from economy. So, until we have a government that is ready to be firm in decision making about prudency in resource management that would involve pruning its agencies, things will continue the way they are at the moment.

The executive is too large and needs to be streamlined, likewise the legislature.  I wonder the job a legislator does that they will have eight to nine aides who are paid from public funds. Some of these need to be looked into in order not to waste the resources of the country.

By the government increasing VAT, electricity tariffs and others shows that something is wrong somewhere. May be the free money from some sources no longer comes in. When oil price was high, there was assumption we had so much money. But we see that oil is no longer that lucrative as revenue from it is getting lean every day, yet the expenditure profile is increasing.

There are two ways to go. It is either we continue to borrow or look for domestic sources which is what the government is trying to do through these policies. I advocate that we do not need subsidy in this country. There are better things to do and better ways to go about it. If government wants to provide relief for its citizens, there are better ways to do so than providing subsidy. Subsidy brings inefficiency in production because the government would not be able to track down its actual cost. This would prevent having appropriate pricing which would prevent production at maximum capacity.

So, we need to look at it holistically. If subsidy removal from petroleum would affect the farmer who needs to bring their produce to the urban centre by way of increase in his transportation cost, the government has to think of ways to help such a farmer out by reducing his expenses on his children education, health care, minimise his cost of maintenance for his source of mobility by providing good roads.

There are better ways of providing services to the citizens. The moment a government provides subsidy, we need to also ask what is being subsidised. Is it consumption or production? Consumption should not be subsidised.

In all, the effective implementation of this budget is still tied to the credibility of the government. A government can only be credible and its policies are credible when it is open and transparent. It must have integrity to stand by its words.  If these qualities are there, people would not complain about increase in VAT and others. Instead, they would be asking for commensurate results for the money being paid to the government, holding it to accountability.