Incidence of cancer among women increases in Zamfara ― Gynaecologist 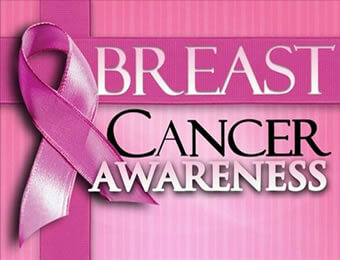 Dr Usman Shanawa, a Consultant Gynaecologist at Yariman Bakura Specialist Hospital, Gusau, says the number of women with cancer is increasing in Zamfara.

Shanawa, who is the acting Medical Director of the hospital, made the revelation at an event to mark the 2019 World Breastfeeding Week which took place at the hospital premises in Gusau on Thursday.

He said “we conducted research recently at the hospital due to rising concern over cancer-related ailments, especially among nursing mothers.

“We discovered that in every 100 patients we screened, 10 had either cervical or breast cancer and the saddest thing is that the women-only got to know after it had passed treatment stages.

ALSO READ: 60% of dockworkers prone to cancer — MWUN(Opens in a new browser tab)

”And due to the lack of awareness, the patients die shortly after they have been diagnosed because the disease may no longer be treated.

“Another thing is the cost of treatment, which most patients cannot afford, and at the end of the day, patients will just not turn up for treatment after they have been diagnosed.”

The director lamented then submitted a copy of the cancer research work and a proposal on the way forward to the wife of the state governor, Hajiya Aisha Matawalle.

He called for the establishment of the Women Cancer Foundation in the state to cater to the poor and vulnerable.

The governor’s wife, who was the Special Guest at the event, urged women in the state to ensure exclusive breastfeeding of their children in the first six months after birth.

She said “these children are ours and as mothers, we are the closest to them, so, if we do not take good care of them, no one will.

“We shall continue to provide enabling environment for working nursing mothers in the state but you must also make sure you remain healthy by going for regular checkups.

“This proposal by the medical director will be supported for improved healthcare in the state.”

The governor’s wife then donated a motorcycle to a nine-year-old primary two school pupil, Fatima Ismail, whom she learnt treks from her village, Unguwar Tofa, to Tsafe to attend school.

This caught the attention of the governor’s wife who said the girl should no longer cover the four-kilometre distance on foot.