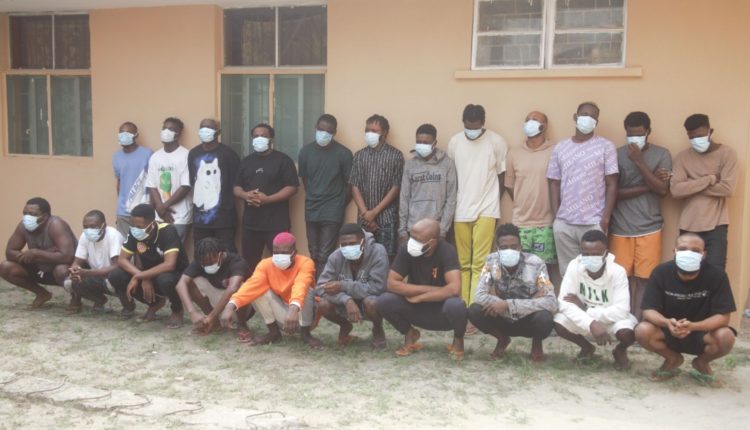 Operatives of the Lagos Zonal Office of the Economic and Financial Crimes Commission (EFCC), on Tuesday, announced the arrest of 22 persons for their alleged involvement in internet fraud.

According to a statement by the anti-graft commission, they were arrested at their various residences at Terra Annex Estate, Sangotedo in the Ajah area of Lagos, on January 23, 2021, following intelligence.

The statement said they are currently undergoing interrogation and will soon be arraigned in court.