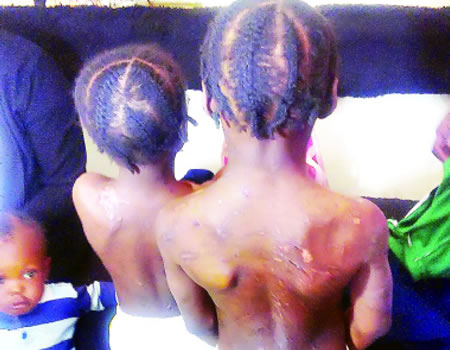 It is apparent that child abuse is everywhere in the world especially in Africa where some parents do not value western education. They give priority to other things like their source of income especially farming and marry many wives to have many children to assist in farm work and enhance productivity.

The fact remains that each wife could give birth to seven children who will be going to the farm on a daily basis and will work rigorously from sunrise to sunset, eradicating the need to get paid labour.

The moment that the rigorous work becomes too cumbersome for these children to bear, they will definitely abscond from their parents to unknown places. Many migrate to the city and live off the streets where they usually get involved in social vices like armed robbery, rape leading to unwanted pregnancies and children born into abject poverty and a life of crime.

The causes of child abuse are lack of good parental care, most especially by some parents who are traders or those who put career above every other aspect of life. They put more value on their vocation believing that the only important thing is to provide for the needs of their children. Children of such parents are vulnerable to many dangers that could jeopardize their destinies.

The rate of rape and assault of minors in our society increases on a daily basis as a result of lack of parental care. Many evil minded men have been having illicit sex with the neglected young female children as the parents had failed in their civic duties. The fact remains that lack of parental care can lead to destitution. The children who have been roaming about the street are not falling from the sky; they were born by irresponsible parents.

Those who have been engaging themselves in child trafficking as a business are taking advantage of neglected children to make money by hiring them for those who need their services outside the country where they are maltreated and exploited.

It is the responsibility of every parent to stand against child abuse in the society for the betterment of the future of these children so they can be useful to humanity and contribute their quota to the development of the nation.