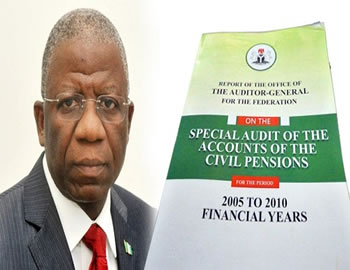 THE Senior Staff Association of Statutory Corporations and Government Owned Companies (SSASCGOC), has warned against the decision of the Federal Government to implement The Oronsaye report, six years after it was produced.

General Secretary of SSASCGOC, Dr. Ayo Olorunfemi, said the implementation of the report now, would lead to job loss, and thousands of workers would have to be sacked, through what President Muhammadu Buhari has described as due process” mechanism.

He pointed out that if the Federal Government commences the process of merging some Ministries, Departments, and Agencies (MDAs) and scrap others; many would definitely lose their jobs through sack and retrenchment; adding that this would increase the level of unemployment and lead to crimes and insecurity.

Dr Olorunfemi reminded Nigerians that President Buhari’s statement did not give 100 per cent assurance that the government would not sack workers, but that the sack would follow due process.

“What it means is that he is going to sack. He only tells us it would follow due process and we know the due process if followed, a lot of staff will lose their jobs because the due process he is talking about is the principle of last in, first out and that the trade unions will negotiate their exit.

That is what that statement meant to us, that he has given them the go ahead to sack.”

According to the SSASCGOC general secretary, doing that at this time is a disaster waiting to happen, adding that “going the way of workers retrenchment has serious security implications and the security challenges may explode.”