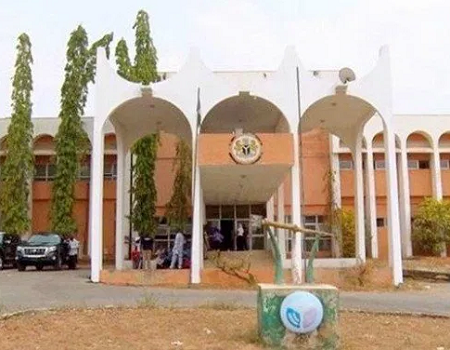 The Ogun State House of Assembly, on Tuesday, constituted an ad-hoc committee to investigate allegations against the Deputy Speaker, Hon Dare Kadiri, on alleged gross misconduct levelled against him.

The Speaker of the Assembly, Hon Olakunle Oluomo, announced the members of the committee at the plenary session held at the Assembly Complex, Oke-Mosan, Abeokuta.

The Majority Leader of the House, Hon Yusuf Sheriff, is expected to serve as the Chairman, while Honourables Abdul Bashir Oladunjoye; Bolanle Ajayi; Adeyemi Ademuyiwa; Modupe Mujota as members while the Director of Committee of the Assembly, Mr Temitope Hokon, would serve as Secretary.

The Constitution of the Committee followed the adoption of the “Report on the Notice for Removal of the Deputy Speaker, Hon Dare Kadiri from Office for Gross Misconduct” as presented by the Clerk and Head of Legislative Services, Mr Deji Adeyemo through a motion moved by Hon. Akeem Balogun, which was seconded by Adegoke Adeyanju with the support of all other lawmakers.

The Committee was thereafter ratified after a motion moved by Hon. Damilola Soneye, seconded by Sikirat Ajibola and unanimously supported by other lawmakers through a voice vote.

Earlier while presenting his report, Mr Adeyemo stated that “Mr Speaker, Sir distinguished Honourable members, on Thursday, February 25, 2021, at exactly 7:10 pm. I received a letter titled Notice for the Removal of the Deputy Speaker, Hon Dare kadiri from office for gross misconduct and it was endorsed by twenty (20) honourable members.

Adeyemo added that upon receipt of his response, the Deputy Speaker was subsequently served with a letter on Monday, 1st March, by 3:10 pm directing him to stand down from plenary sessions forthwith until he was acquitted of the charges as provided in Order 2, Rule 11(iii). He thereafter recommended the exercise for further action of the House as provided in Order 2, Rule 11 (iv), (v)(vi)(vii)(viii) of the Assembly’s Standing Order.

Niger governor mourns Emir of Kagara, describes him as symbol of humility, patience