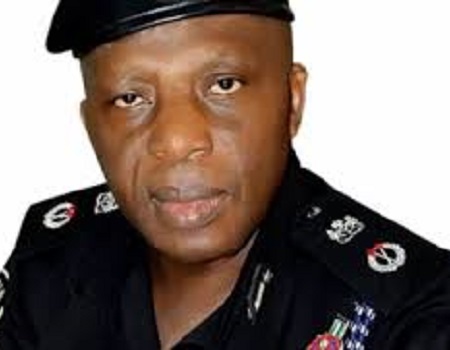 THE Kogi State Commissioner of Police, CP Hakeem Busari has said that the impeached Deputy Governor of Kogi State, Elder Simon Achuba is not under any house arrest as speculated by some socio media.

Speaking with newsmen on Saturday on the situation he also cleared the air why policemen barricaded the house of the former deputy governor of the State Elder Simon Achuba.

CP Busari debunked the report that the impeached deputy governor is under house arrest stressing that,  the presence of security personnel in the official residence of the Deputy Governor was to prevent looting of government property.

According to him, this followed the advice given to Achuba to relocate away from the official residence of the deputy governor since he is no longer entitled to stay there.

It was earlier reported that there was the presence of fully armed security personnel manning the gate of the official residence of the deputy governor and preventing visitors from going in nor allowed out of the house.

Busari said that the security personnel at the gate would be there until he finally moves out of the house.

The embattled Deputy Governor was impeachment on Friday shortly after the John Baiyeshea seven man committee investigating allegations of gross misconduct against him submitted its report.

NDDC ministry yet to transmit 2019, 2020 budget estimates to Presidency, NASS

Can cryptocurrency actually replace fiat anytime in the future?