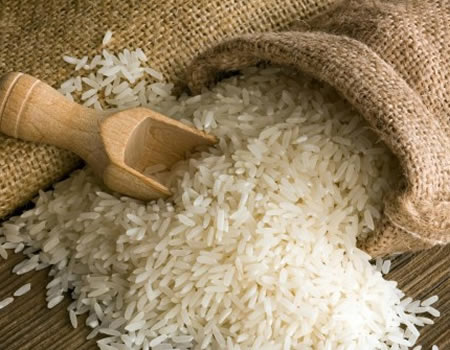 Lagos State Commissioner for Agriculture, Prince Gbolahan Lawal, gave an assurance that the state government-owned Integrated Rice Mill at Imota, a suburb in Lagos, will be completed within the next seven months.

He affirmed that the Imota Rice Mill upon completion would not only ensure that people eat nutritious rice but also will create jobs and wealth for the people as well as enhance the supply value chain.

Lawal, who was accompanied on the inspection by the Special Adviser to the Governor on Agriculture, Ms. Abisola Olusanya; the Permanent Secretary of the Ministry of Agriculture, Dr. Olayiwole Onasanya as well as other top officials of the ministry noted that the 32 metric tons capacity mill was the biggest in Nigeria and indeed West Africa.

He recalled that Governor Babajide Olusola Sanwo-Olu had during the campaign promised to continue with any project left by his predecessor, adding that the visit of the governor to the mill as soon as he assumed office was indeed a demonstration and commitment of the state government to the completion of the project.

The commissioner noted that even though the 32metric tons mill should be able to cater for the rice needs of a substantial percentage of Lagosians, it was a far cry from the rice needs of the people particularly since the rice consumption rate of an average person in this part of the world hovers between 32 and 40 kilograms.

He said this explained why the state government was collaborating with the South West and northern states as well as the Rice Farmers Association (RIFAN) for the supply of rice paddy.

While reiterating the commitment of the state government to put effect to the Federal Government policy on rice importation, the Commissioner explained that the state government was already in discussion with other states who had promised to make available to the state about 72, 000 hectares of land in their States for rice cultivation.

“The 2017/2018 report from the Rice Farmers Association (RIFAN) shows that they have the capacity to produce 10 million tons of rice but that as at today only two million is being utilised with 30 Integrated rice mills that are available currently leaving a shortfall of 8 million, but going forward I see opportunities, I see jobs, I see wealth being created and see better nutrition,” the Commissioner opined.

Lawal explained that the World Bank was also supporting the state government with more focus on the Value Chain (rice, poultry, piggery and aquaculture), contending that there was the need to enhance the capacity of the rice farmers and the entire value chain.

Earlier, the Special Adviser to the Governor on Agriculture, Ms. Olusanya, stressed the need for the state to follow the examples of some countries such as China, Thailand and Vietnam in generating a lot of revenue from rice production in addition to ensuring food security for the state in particular and Nigeria in general.

The integrated rice mill at Imota is a 22 hectares facility with the rice mill taking about 8.5 hectares and consist of a complete set of new mills, two warehouses 16 silos with a storage capacity of 40 metric tons each, water treatment plant, effluent processing plant, staff quarters, administrative block, car park, and firefighting facility amongst others.