Citizens from Nigeria, Eritrea, Myanmar and Kyrgyzstan won’t be allowed to apply for visas to immigrate to the United States. 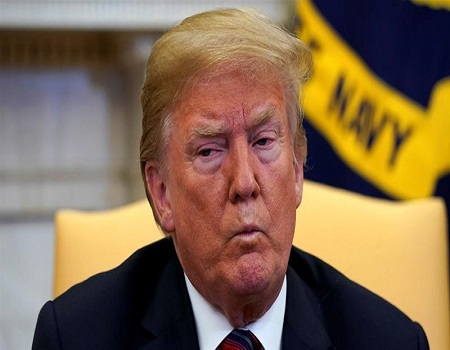 The Trump administration in the United States is banning immigration from Nigeria, Africa’s most populous nation, and Eritrea, Sudan, Tanzania, Kyrgyzstan and Myanmar.

They will now be blocked from obtaining certain types of visas, however, people from these countries will still be able to visit the U.S. as tourists.

According to Wall Street Journal the Trump administration said the policy was designed to tighten security for countries that don’t comply with the U.S. minimum security standards or cooperate to prevent illegal immigration.

People from Sudan and Tanzania, will be barred from participating in the diversity visa lottery, which randomly awards green cards to 50,000 immigrants from underrepresented countries annually. Many of the recipients are from African countries.

The new restrictions are set to take effect on February 21 and will apply only to new visa applications. Immigrants who were issued valid visas before that date will still be able to move to the U.S.

One DHS official estimated the affected population of people barred from immigrating to the U.S. might total 12,000 per year.

The six countries will join a list of seven nations, most of them Muslim-majority, that faced significant travel restrictions under President Trump’s original travel ban, issued in 2017.

That order was the administration’s third attempt to craft a legally workable policy fleshing out one of Mr. Trump’s top campaign promises, after the first two versions were met with significant criticism and struck down by federal courts.

However, unlike five of those original countries, Iran, Libya, Somalia, Syria and Yemen, travelers from the newly added nations who seek to visit the U.S. for business or pleasure will still be permitted entry.

The original restrictions, which also included bans against a small number of citizens from Venezuela and North Korea, remain in place.

Immigrant advocates denounced the coming restrictions ahead of their release, calling the new policy an “African Ban” and criticizing the administration for not imposing restrictions on other, larger nations that also don’t cooperate with the U.S.

“There are bad actors in Russia, bad actors in China, and none of those places have been put on any kind of ban,” said Rep. Sheila Jackson Lee (D., Texas.) whose Houston district includes the largest Nigerian community in the U.S. “It is pure discrimination and racism.”

Chad Wolf, acting Secretary of the Department of Homeland Security, said the new immigration restrictions were designed to address security concerns in the way the banned countries track their own citizens, share information with the U.S. and cooperate on immigration matters.

He outlined a process, which the department undertakes every six months under the president’s 2017 order, under which the U.S. government surveyed all other countries’ security practices.

Following that process, which Mr. Wolf said concluded in September, the administration opted to place immigration restrictions on the countries that don’t meet its minimum security standards. Eritrea doesn’t take back Eritrean citizens the U.S. is seeking to deport, he said, while Myanmar doesn’t share information on its citizens’ movements and on potential terrorist activity.

Mr. Wolf said the new restrictions were meant to encourage countries to cooperate more fully with the U.S.; the countries facing more tailored bans have less ground to make up.

“These countries for the most part want to be helpful, want to do the right thing,” Mr. Wolf said. “But for a variety of reasons, they failed to meet those requirements we laid out.”

Friday’s announcement comes days after the third anniversary of the original travel ban Mr. Trump issued in the first week of his presidency. That executive order threw the nation’s airports into chaos, as travelers, including U.S. permanent residents who were born in any of the countries on the list, weren’t allowed in the country.

That ban was blocked by a federal court, as was a subsequent version the administration issued in March of that year. A third version, issued in September, established a set of criteria under which countries might face bans. The administration said it used those criteria for its expansion this week. The Supreme Court ultimately allowed that form of the travel ban to take effect in June 2018, calling it a permissible form of presidential power.

Critics derided that order as a “Muslim ban,” pointing to Mr. Trump’s rhetoric during the 2016 campaign calling for a “total and complete shutdown of Muslims” entering the country until his administration could “figure out what the hell is going on.”

The new countries don’t fit the same pattern. Several were included partly because their citizens overstay visas at high rates. In the 2018 fiscal year, 24% of Eritreans on business or visitor visas overstayed their permits, along with 15% of Nigerians and 12% of people from Sudan. Those compared with a total overstay rate in the category of 1.9%.

Mr. Wolf said the administration had been weighing travel restrictions on several other countries, including Belarus, but dropped those countries from the list because they either complied with U.S. security demands ahead of the announcement or were taken off by other government agencies, who feared imposing bans on them would put other foreign-policy and national security goals at risk.