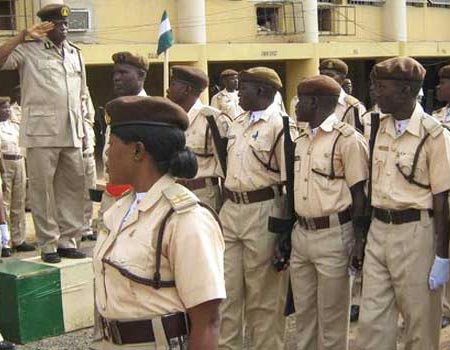 THE Nigerian Immigration Service (NIS) in Oyo State says it rescued 134 children, who were victims of child trafficking between January and May, the News Agency of Nigeria (NAN) has reported.

An Assistant Comptroller at the command, Mr Folusho Akintola, disclosed this while fielding questions from newsmen after a stakeholders’ conference organised by the Justice, Development and Peace Commission (JDPC) in Ibadan, on Tuesday.

The conference was organised to mark the 2017 UN World Day against Child Labour, celebrated annually on June 12. The theme was the “Impact of Conflicts and Disasters on Child Labour.”

Akintola said that of the rescued children, 117 were reunited with their families, and six repatriated, while 38 traffickers and 107 end users were arrested during the period.

According to him, 11 victims and four traffickers were sent to the National Agency for the Prohibition of Traffic in Persons and other related Matters (NAPTIP).

Akintola attributed the cause of child trafficking in the country to parental negligence.

However, Mrs Omotayo Mala-Adebayo, the Head, Women Development and Child Rights Programme, Ibadan, said that conflicts in the homes were the cause of child trafficking and labour.

According to her, conflicts within the home give rise to violation of child rights and child abandonment, which is a form of child trafficking and labour.