I’m the most qualified person for Ekiti governorship seat in 2022 —Ex-Rep, Adekola 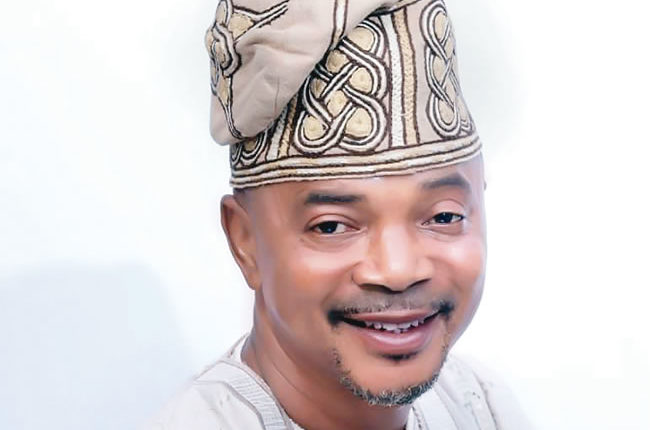 Chief Segun Alexander Adekola was in the House of Representatives between 2015 and 2019 under the banner of the Peoples Democratic Party (PDP), but lost the re-election to the All Progressives Party (APC) in 2019. In this interview with BODE ADEWUMI, he reveals his next ambition and the current state of the PDP in Ekiti State. Excerpts:

You were in the National Assembly, what are you ambitions in the coming years?

As a former member of the National Assembly, I did so many things because my passion in life is to impact and develop lives, and I was doing that when I was a member of the assembly. I empowered thousands; I sponsored so many bills and tried to alleviate poverty in peoples’ lives. So, I miss that greatly. Even after my tenure, I still went on with empowerment programmes. I love what I was doing, and whenever I have the opportunity again, I will do more and better. Yes, as a politician, I will always have ambition. I have ambition, God willing, I want to contest for the governorship of Ekiti State.

Why do you think you are qualified for the position?

Yes, I am very qualified for the position, based on my antecedents. Firstly, educationally, I am sound and highly qualified. When you are tested with little and you perform, definitely, you will do better when you are tested with something bigger. So, I am very much qualified. If I am given the chance to be Ekiti State governor, Ekiti State would be good for it, because I know where the shoe pinches the people.

Are you not expecting opposition from other PDP members, especially the man who flew the flag in 2018, Professor Kolapo Olusola?

Of course, there will be opposition and I am expecting that. But, mind you, our leader will definitely have a say in this – former Governor Ayodele Fayose. He knows all of us, and to me, Prof. Eleka has been given the opportunity. When something is good, everyone will have interest. We can even be more than seven or ten that will show interest, but definitely, one of us will emerge and I pray that will be me because I can say, I am the most qualified candidate for that position. I have contested five times; my achievements and my good works are there to speak for me. I have always been the best in whatever I am doing.

You are a very close ally of former Governor Ayodele Fayose, what would you say made you have that interest in him?

Former Governor Fayose is a very straightforward person and I like someone who is very straightforward. He is courageous, a leader, a very good one at that, who hardly disappoints. If we have 10 of his kind in Nigeria, this country would have moved forward. Fayose is a destiny helper; he has helped a lot of the downtrodden, who ordinarily would not have amounted to anything politically.  He has compassion for the people, and you will find out that in the last administration, he brought so many people up, from villages, from the nooks and crannies of Ekiti State.

Would you say he is still popular in Ekiti State?

He is still very popular! The man is a grassroots person; just like I am; he interacts with virtually everybody, from the market women, the Okada riders, the food vendors, so he is well-loved.If Fayose enters Ekiti today, you will see everybody trooping out to welcome him. So, anytime any day, he is still the man to beat in Ekiti. I don’t see anybody who has superseded his antecedents; he is just a down to earth person. So, he is still very much popular.

On the issue of factions in the PDP in Ekiti State, what is your take on the activities of those in the other faction in PDP?

To me, there are no factions in Ekiti PDP, we only have group interests. I believe you are talking about Senator Abiodun Olujimi, and she has another interest different from that of Dr. Fayose and as you will recall, Fayose brought her into the limelight. Fayose mentored her, whatever position she has ever held was through Dr Fayose. So, we have had this even in the bible, so many people disobeyed their masters, but the question to ask is, did any of them prevail? No, they never prevailed. When you bite the fingers that fed you, it is not always normal. But the truth is that Ekiti people are solidly behind Fayose and that is why despite all the war against him, he still triumphs.

During our congresses, 90 per cent of the people were behind him and we won the congress with a landslide. The other group could not even come out that they are not many and they are just scattered around the state. So, they had to device a way on the congress day. They didn’t wait for the umpire to come, so three people will just gather in one place and record vote results, thinking that will go through but no, our party has a constitution. We all waited for the umpire and when they came, people lined up in all the wards and the congresses were held.

Very soon their structure will collapse and the only group that will be on ground will be that of Ayodele Fayose and the only executive recognised in the state will be the one led by Chief  Bisi Kolawole, because those are the people recognised at the national level. The thing is, both groups will still come together. Ekiti PDP is very strong. Even though these people are just about five per cent, but notwithstanding, we still need everybody.

Now, how would you rate the performances of the present governor in Ekiti, President Buhari and the APC governments generally?

You live in this country; everybody is a living witness to what is happening. Can you say your life is the same the way it was five years ago? I am sure your answer will be no. Prices of goods and commodities have gone up, so many students are dropping out of school and so many able-bodied men are committing suicide because they could not make ends meet. So many marriages are crashing because many husbands can no longer perform their roles at home. Fuel price has gone up; electricity tariff, gone up to the roof, you know the exchange rate, what was it four years ago and what is it now? Look at the level of insecurity in the country, kidnappings, banditry or what have you. Everybody is disillusioned, despondence has become the second name of many and yet government is carrying on as if all is well. Of course, they know that nothing is well, but they are pretending or telling the president that the country is moving when in actual fact we are going backward, hanging on the precipice. So, everybody in the country is yearning for a new government and that is why people are ready to vote PDP back, both in Ekiti State and at the federal level.