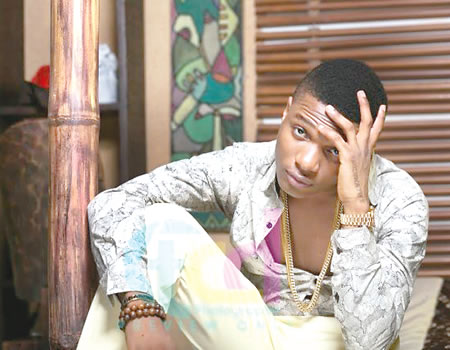 Weeks after announcing the cancellation of his European tour over his failing health, Wizkid has calmed  the nerves of his fans, assuring them that his recovery was going fine.

He may, however, make his much-awaited return to music at the Basketmouth’s Lord of the Ribs comedy and music concert, which will hold at Eko Hotels Convention Centre.

There had been fears over the failing health of Wizkid following his decision to cancel his music tour of Europe for the second time in one year. He was said to have returned to Nigeria to rest and recover from an undisclosed ailment that he has been battling with.

His manager, Sunday Are had also assured fans weeks back that the Daddy Yo crooner would be back to his best in no time even as he apologised to those who had bought tickets to watch the star boy perform.

He would not reveal the nature of his sickness when asked by R in a telephone conversation last week, but he insisted that “ it was a routine medical check up that would aid his recovery.”

R also gathered that Wizkid’s health condition was improving but would not be honouring any musical performance for the rest of the year. His new single, which featured US music star, Future was said to have been released a few days ago to douse tension.

In his bid to calm the nerves of his fans, Wizkid, days back thanked his fans for their prayers on his twitter handle as he assured them he would be back soon. “I am thankful for the prayers, your boy is doing well,” he twitted.

PDP chairmanship: Reported pressure on Bode George to step down not true —Aide

Rythm Unplugged is back!

No female music star can intimidate me —Doyinsola

‘My mission is to bring back essence of music’