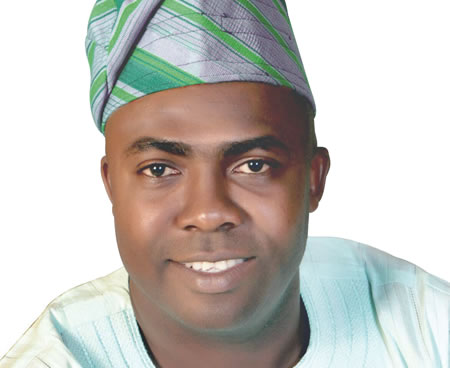 Determined to make life more meaningful to his people, the chairman of Ijebu North Local Government Area of Ogun State, Honourable Adebayo Adekoya, is not deterred by the economic realities confronting the country. For him, accountability, probity and prudence are key ingredients needed to guarantee provision of basic amenities for his people before been accountable to them. Since he assumed office, and particularly shortly after his inauguration on October 10, Adekoya immediately swung into action, leveraging on the resources at his disposal. Since then, he has embarked on projects which, for him, are indicative of the yearnings of his people. One of such is the grading of major roads within Ijebu-Igbo.

This step, according to him, would help in boosting the socio-economic development of the council area. The chairman noted that governance is about being focused, effective and accountable to the electorate. He emphasised that attaining measurable progress must be the norm of any government which would want to be viewed as people-oriented.

Adekoya also added that the council would consider the asphalting of some roads, as soon as funds are available in the purse of the local government.

The council boss, who was a former secretary to the local government area, while speaking with Nigerian Tribune, said he has grown to understand and deeply appreciate the needs of the people of the council area, hence his resolve to develop his jurisdiction.

“I’ve served in this same local government as the secretary to the local government and I have seen so many things that are needed to be worked upom. I have a dream and that is what motivates me. I have been monitoring my Internally Generated Revenue (IGR) to ensure accountability,” Adekoya added.

Employment is one of the areas of improvement which he has worked upon within the short timeframe, just as he informed that the council organised free training programmes for beneficiaries of the Federal Government N-Power project. He added that this initiative of the government at the centre is aimed at drastically reducing youth unemployment.

Adekoya said that the training was at the expense of the local government so as to enable the teeming youths of the unemployed fit into any sector they are posted to work. Speaking further, the chairman promised to implement the five cardinal programmes of the present administration in the state in the overall development of his constituency.

He noted that the area of healthcare is key to his administration hence, his admonition to the people to take their health issues seriously. This piece of advice came to bare during the celebration of the World AIDS Day, last year.

The local government was not left out of the celebration as the Local Government Action Committee on AIDS organised an awareness walk round Ijebu -Igbo, to sensitise the people on the need to protect themselves against the deadly Acquired Immune Deficiency Syndrome (AIDS).

He urged his constituents to ensure the prioritisation of their health status, just as he emphasised the need to abstain from unprotected sex and the use of condom to reduce the probability of pregnancy and decrease the risk of sexually transmitted infections (STIs) such as HIV/AIDS.

He admonished the people of Ijebu North to know their status, adding that being tested positive should not be the end of the world, as long as such persons are on anti-retroviral drugs.