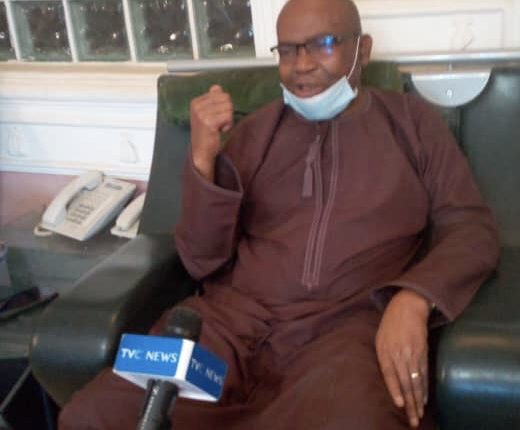 Former Chief of the Air Staff, Air Marshal Jonah  Wuyep  (Rtd), has expressed confident that the new Service Chiefs appointed by President Muhammadu Buhari  would address the insecurity in the country saying Chief of Air Staff, Air Vice Marshall Isiaka Oladayo Amao in particular has the requisite experience and background to succeed.

Wuyep who spoke with newsmen in Jos declared thus: “Amao is a brilliant and outstanding officer who would do well as Chief of Air Staff. He is a dedicated professional with the requisite experience for the job. I haven’t doubt in my mind the he would succeed in the assignment.”

Wuyep noted that the sacrifices of the new Chief of Air staff towards peace and progress of the nation, especially his acknowledged gallantry at assignments, were outstanding.

”Amao  has the requisite experience for his new job with his core competence in strong leadership and professional skills, Air Vice Marshall Amao had brought his wealth of experience to bare on all his assignments in the Nigerian Air Force.”

ALSO READ: ‘Ondo APC leadership not in crisis or factionalised’

Wuyep further stated that collaboration between security agencies would give the new Service Chiefs victory over Boko Haram and other security challenges in the country.

“I would expect the government to give them all the support to do their best. I expect to see more synergy, let them work as a team and carry out more intelligence gathering.”

“I am confident that the new Service Chiefs especially that of the Air Force, AVM Amao would bring in some fresh air to the security situation in the country.”

Speaking further, the rtd airforce chief, disclosed that the NAF had recorded tremendous successes in the past few years, especially in enhancing the Service’s operational efficiency and the welfare of its personnel.“

“The immediate past Chief of Air staff Marshal Sadique Abubakar, did well in repositioning the NAF into a highly professional and disciplined force which was clearly defined through capacity building initiatives to ensure effectiveness, efficiency and timeliness in the employment of Air Power to address the security challenges facing the country.

He called on the Nigerian citizenry to support to the new service chiefs to enable them  succeed in  tackling insecurity.

Wuyep who lamented the level of insecurity in the country, however commended Governor Simon Lalong for signing into law the anti-kidnapping, land grabbing, cultism and violence-related matters bill passed by the State House of Assembly.

‘Ondo APC leadership not in crisis or factionalised’

As schools resume Monday in Edo, NUT insists on strike, tells parents to keep children away