Entertainment
By FAVOUR BOLUWADE On Aug 1, 2020 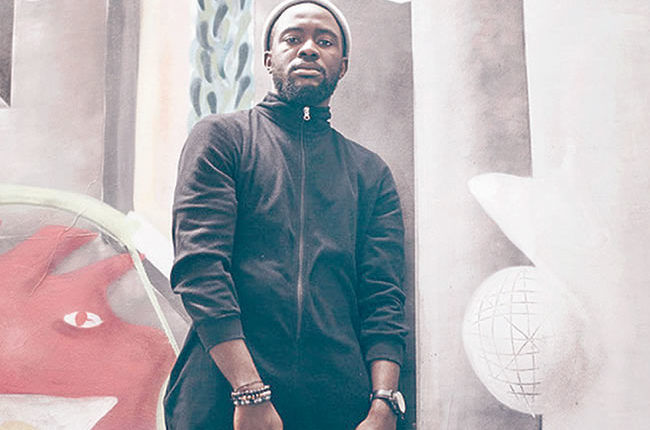 Tobi Ibitoye is a recording and performing artist. He was born and brought up in Abuja, Nigeria and at age 15, moved to Bucharest, Romania with his parents. The graduate of Biochemistry at the University of Bucharest discovered music in 2015. He was also listed as top 30 influential blacks by Forbes. The young artiste who is bringing his music back home to Nigeria, speaks with FAVOUR BOLUWADE about the journey so far and what to look forward to. Excerpts:

When did you start doing music professionally?

I think it’s fair to say that I delved into music professionally in the later part of November 2015. At the time I was participating in a TV singing contest (The Voice of Romania). My mentor at the time, Andrei Tiberiu also known as Smiley, was coincidentally the proprietor of one of the country’s most successful music production studios and he’d been showing myself and some of the other contestants in his team, bits and pieces of his life away from the spotlight. With each visit to the studio, my interest to create my own idea, to tell my own stories and to compose music grew steadily. A few weeks down the line, I got the chance to work with his production team, writers, composers and so on, and just before qualifying for the finals of the show itself, I had recorded my debut single “Miss you”.

What challenges have you faced since making it to ‘The Voice of Romania’?

The process of discovering the artist in me. Every artist has what I’d like to call a source and that source I believe has to be very firmly groomed. Grooming my source was my biggest challenge. So after finding myself at a TV show, with a national audience, who watched me release my debut single on the night of the show’s finals, I had to help myself build ‘Tobi Ibitoye the artist’, being clueless myself to what I needed to be doing, or what I even wanted for my artistic project. It was a genuine case of “This has been a fun ride “. In other words, I had to deal with the Art itself and the business of the arts, from the get go, with no experience whatsoever of course.

Do you think your musical journey in would have been greater if you started at home; Nigeria?

In all honesty, I have no clue. It’s just impossible to know. I mean, Nigeria has a larger industry by far. The demand for music has always been huge. However, I don’t know that I would have had the resources I had in Bucharest. I mean, I was in Nigeria 2016 and I attempted working with some well known producers and the prices were scary. It might have been greater or not, we’d really never know.

What is unique about your sound?

I believe what makes my sound unique is that dynamism and diversity buried in my voice. One of the problems I had while working with producers in the studio was the fact that I could never record two identical takes. What makes my sound as a whole unique is how my voice inhibits the vibe of the genre.

How were you able to infuse your music to the populace of Romania?

When I started in 2015, Spotify hadn’t yet lunched in Romania. The Romanian music lovers had just Youtube and probably iTunes. Again, in this domain, I was a novice and as such, I wasn’t entirely in charge of influencing who listened to my music. Now with Spotify and other digital platforms, I can select my niche more carefully, pitch my music to playlists and curators who need my kind of music and target my audience on YouTube.

Dance music was growing a very strong listening base in Romania as at of 2017, the rate was quite intense. So in summer of 2018, when I released my second single, (Loving me) almost 3 years after “Miss you”, we received a request to make a dance remix and we said yes. That was probably one the best yeses we’d ever said. Dance fm Romania picked up the remix and the rest was history. The song spent 9 weeks on their top ten and made their top 100 songs of the year 2018. From there it was easier for me to follow up because I’d attracted a few more Romanian ears than I had at the beginning of the journey.

Coming to Nigeria, what narrative do you intend to change in the music industry?

With Nigeria’s population, I feel like our industry could rival that of America and maybe even Europe. I believe that we are large enough to make every genre popular.

Which musician(s) will you like to collaborate with here in Nigeria?

I think myself and Asa could write some amazing songs. I’m also a huge fan of Simi’s writing style. Cobhams Asuquo and Don Jazzy are two producers I’d love to work with. Rema has a mesmerising voice so he on the list and of course, because I might be a more persistent dreamer that he… Burna Boy.

How did you feel being listed on Forbes list as an influential man, outside Africa ?

I felt honoured. I never really done anything remarkable with my life but make music and the only real gratification for the ceaseless state of vulnerability I too often soak myself in is that people connect, they feel and by so doing, they too find the courage to dive into their vulnerabilities. I won’t sit here and tell you I receive thousands of messages from fans or anything of the sort, but every “thank you for your music”, “for sharing your truth”, every round of applause and request for one last song, every handshake and hug, reassures me that I’m doing something meaningful with my life. So when a global brand like Forbes, lists you as influential, and you go on to realise you are the only black man to have been place on that list, it ends up meaning the world to you. I don’t know that the “outside Africa” bit mattered to me though or would matter. I mean, even if it was Forbes Ijebu-Ode that listed me as influential, there’s still Forbes in front.

How has COVID-19 pandemic affected you so far… Did it cause any halt in your career?

COVID-19 has been somewhat of a hellish experience. For me it was quite depressing. However I’m glad we aren’t locked-down anymore. It was just hard to get anything done. It set everyone back a couple months, video shoots and studio session and so on. But I’m hopeful.

On the bright side, No, it didn’t halt my career. It restrained some things and delayed some others, but it didn’t halt my career. As a matter of fact, I released a song during that period, which I wrote for victims of COVID-19 and their families, health workers at the front-line and for every other human being in the world (Love and a Song). It’s kind-of a sad song though, but it has a lovely message.

What’s next for Tobi Ibitoye?

Long time, I just want to get rich and famous; it’s a joke with an iota of truth.

For the rest of the year, I’ve got one more single, some collaborations with a Nigerian artiste too, and towards the end of the year, late November, I plan to release my first studio album.