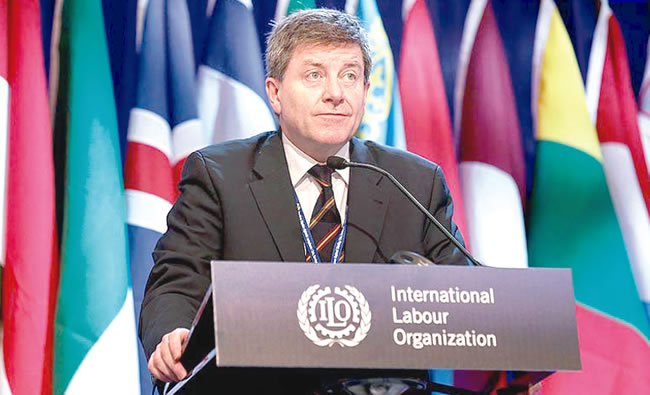 United Nations member states have renewed their commitment with the adoption of UN Resolution 72/327[1] that declares 2021 as the International Year for the Elimination of Child Labour.

The International Labour Organization (ILO) said in 2021, the global community fighting child labour and forced labour will need to address the challenges posed by COVID-19 and accelerate progress towards the Sustainable Development Goals (SDG) targets in 2025 and 2030.

It said the 2021 international year will propel momentum towards the V Global Conference on Child Labour (VGC) that will take place in South Africa in 2022, where stakeholders will share experiences and make additional commitments towards ending child labour in all its forms by 2025, and forced labour, human trafficking and modern slavery by 2030.

The ILO pointed out that the concept is to organize an event that is engaging a wide range of stakeholders and which is structured more like an entertaining programme than a panel discussion.

It said: “The event will set a proactive tone for the year ahead by asking stakeholders what they are doing to end child labour. The event will be hosted by a moderator who will start by having a conversation with keynote speakers, followed by various stakeholders announcing concrete actions that they will undertake in 2021.

“It will end with some suggestions on how everyone can engage throughout 2021. Videos and graphics will be used throughout to maintain the audience’s interest.”

The objective, according to ILO is to engage a broad multi-stakeholder community and to kick-start momentum for the 2021 International Year for the Elimination of Child Labour.

It is also to present the concept of the “2021 Action Pledges” and how stakeholders can engage throughout the year with the three stages of Act, Inspire and Scale Up.

Besides, it will give visibility to Alliance 8.7 as the global partnership to achieve Target 8.7, acknowledge the ILO as the facilitator of the International Year, and engage other key stakeholders.

The organization said: “2021 is for children. It is the International Year for the Eilmination of Child Labour. It is a special year in which actors can turn commitments into action and put the world on a trajectory to end child labour in all its forms by 2025, and forced labour, human trafficking and modern slavery by 2030.

“Covid-19 may revert years of progress in the global fight against child labour. It will require collective action to protect children in the crisis response and recovery.”

Our grouse about govt, why strike is imminent —NASU, SSANU