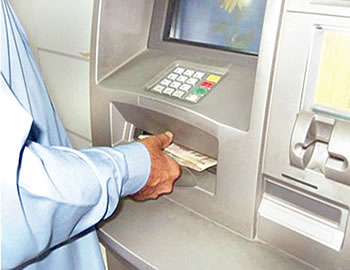 THIS is for the attention of   the governor of the Central Bank of Nigeria (CBN). It is rather unfortunate that safe keeping and useful values of Nigerians’ hard-earned money in all our commercial banks in Nigeria and others are rapidly disappearing everyday and the CBN has not done anything to curtail this.

One of the functions of the CBN is to ensure that citizens of Nigeria have total trust in the banking system by creating rules and regulations to guide the activities of all commercial banks in Nigeria. Let me use this medium to commend the CBN management under the leadership of Godwin Emefiele for withdrawing the licenses of 42 micro finance banks in the country. CBN needs to set up a committee that will investigate incessant illegal withdrawal of customer’s money from some of our commercial banks in the country.

The oath of allegiance and loyalty sworn by some bankers are no longer working; we have heard series of complaints where bankers were arrested for conniving with fraudsters to withdraw customer’s money. Some fraudsters now hide under the guise of being a banker to send text messages to the customers who have much money in their bank accounts, directing them to forward their BVN number and the last digit number written on their ATM card.

Many banks have received several complaints in respect of this illegal withdrawal of customer’s money but are yet to put any machinery in motion to curb such. I want to appeal to the CBN governor to mandate commercial banks in the country to begin public campaign to sensitise members of the public to ignore any text message directing them to forward their secret personal bank information to them.

Amendment of the 1999 constitution: Matters arising

On merit in civil service promotion

On challenges before students