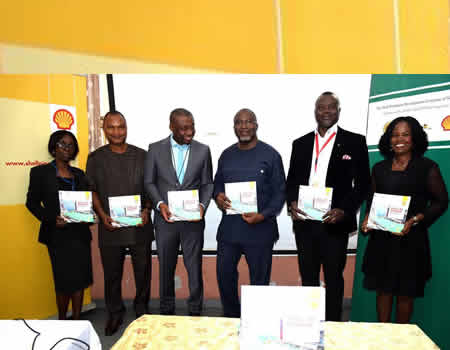 Share
Illegal refineries and third-party interference on oil and gas facilities have been identified as the major causes of pollution in the Niger Delta.
This is just as third-party interference on pipeline network to steal crude oil has reportedly resulted in the loss of about 11, 000 barrels of oil a day(bbl/d) in 2018 as against approximate 9,000 bbl/d in 2017.
These were contained in Shell in Nigeria Briefing Notes presented to journalists in Warri, Delta State at the weekend by a team led by the Head, Government Relations(West), Mr Alaye Dokubo on behalf of  SPDC General Manager External Relations, Igo Weli.
He noted that since 2012, SPDC has removed more than 1,160 illegal theft points, reiterating that security has remained a high priority due to the continued crude oil theft and criminality in parts of the Niger Delta.
“Illegal refining and third party interference are the main sources of pollution in the Niger Delta today.
“Third-party interference caused close to 90 per cent of the number of spills of more than 100 kilograms from The Shell Petroleum Development Company of Nigeria Ltd operated Joint Venture (SPDC JV) pipelines in 2018.
“Security in parts of the Niger Delta remains a major concern with persisting incidents of criminality, kidnapping and sabotage as well as onshore and offshore piracy,” the oil giant noted.
Speaking on the safety of staff and contractors, Mr Weli said it has remained a top priority of the management of the oil and gas multinational.
“The safety of staff and contractors in Nigeria remains the top priority.
“Shell Companies in Nigeria aim to mitigate security risk that may impact people, the environment and assets thus operations are carried out only where it is safe to do so.

“Although there has been no damage to key oil and gas infrastructure caused by militant activity since November 2016, the security situation remains volatile in this region of the country.
“Facilities operated by both indigenous and international oil and gas companies continue to be affected by attacks and other illegal activities such as crude oil theft.
“Crude oil theft has led to the disruptions to oil and gas production in 2018 particularly for indigenous producers and incidents of environmental contamination.
“The number of sabotage-related spills of more than 100 kilograms in volume in 2018 increased to 111 compared to 62 in 2017.
“The sharp increase in 2018 can (in part) be explained by an increase in crude theft activities in a pre-election year.
“Availability of our production facilities following the repair of a major export line in 2017.
“Price of crude oil and refined products that are seen as an opportunity for more illegal refining,” Weli disclosed.
He, however, noted that “irrespective of cause, the SPDC JV cleans up and remediates areas affected by spills originating from its facilities.”