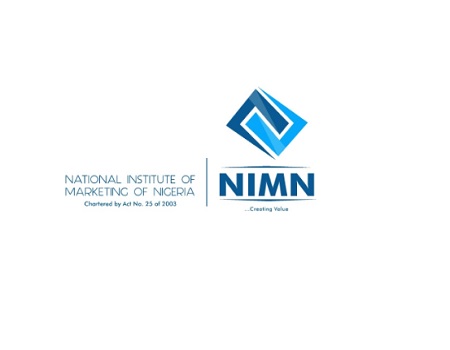 The honeymoon seems to be over for those practising marketing, illegally, as the  National Institute of Marketing of Nigeria (NIMN) has announced plans to go ahead with the prosecution of six individuals, including marketing chieftains of  Dufil Prima Foods Plc, Girish Sharma;  Anheuser-Buch Inbev  (AB Inbev), Mrs Tolulope Adedeji and Lafarge Africa Plc,  Mr Viral Agrawal, for flouting rules and regulations guiding marketing practice in Nigeria.

The institute, in an affidavit sworn to, by its Registrar, Mr Sydney Ogodo, at the Federal High Court of Nigeria, Ikoyi, Lagos, on Wednesday, February 26, 2020, accused the individuals and three others, Mr Folarin Lebile of the CWAY Group, Mr Kola Oni of Axa Mansard Insurance Plc and Mr Norden Thurston of the 7up Bottling Company, of practising marketing without any proper certification from it.

The institute’s Registrar, in the affidavit, explained that the institute, established by an Act of the National Assembly of the Federal Republic of Nigeria, in 2003, to register any person who practises marketing in the country, decided to tow the judicial path, after several overtures from it were rebuffed by the concerned individuals.

According to him, while many responded, and had since been members of the institute, the six individuals did not heed the registration call, even after the institute’s council decided to engage them, personally, in 2019.

The institute’s Registrar, in the affidavit, described the first defendant, Mrs Tolulope Adedeji, a Marketing Director with AB Inbev Ltd, as “holding herself out to practise as a marketer in expectation of a reward and uses the name, title, addition or description, implying that she is in practice as a marketer and therefore contravenes the provisions of the law”.

The second defendant, Mr Girish Sharma, as Dufil Prima Food Plc’s Chief Operating Officer, Marketing, according to the affidavit, is also being accused of practising marketing, and benefitting from it, despite not being a member of the institute.

The institute, is therefore seeking, among other reliefs, an Order of Perpetual Injunction, “restraining the individuals, whether by themselves, their assigns, servants, agents, officers, privies or whatsoever from practising or earning fees as marketers in Nigeria, until they have registered with the Claimant.”

Our intention is to encourage positive use of the internet — Organisers, Gage Award