I’ll set aside $10 billion for employment of youths, women if elected, Atiku says in Kwara 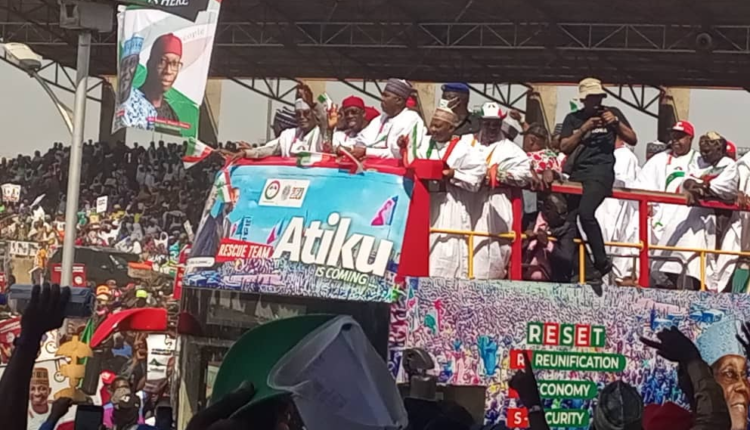 Presidential candidate of the Peoples Democratic Party (PDP), Alhaji Atiku Abubakar, has said that if elected, his administration will set aside $10 billion to create employment and boost small and medium scale enterprises to help employment drive for youths and women in the country.

The former vice-president also carpeted the All Progressives Congress (APC) over insecurity in the country, saying that the ruling party had failed Nigerians in the area of insecurity.

Atiku bemoaned the state of insecurity and infrastructure decay in the country, citing Kwara State as an example. He added that the state connects both southern and northern parts of the country but bad roads have hindered growth in the state.

Atiku said this at PDP’s presidential campaign rally in Ilorin, the state capital, where a massive crowd welcomed the party’s campaign trail. 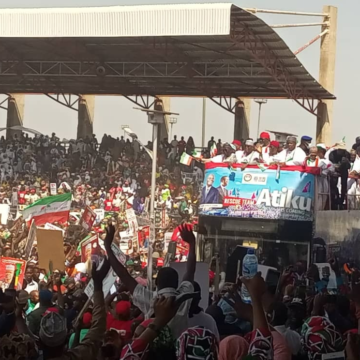 Earlier, in his speech, the vice presidential candidate of the PDP, Dr Ifeanyi Okowa, said he is happy with what he has seen in Kwara, saying the crowd showed that people are ready to drive away hunger.

He further assured that “PDP will win in all six geopolitical zones of the country. We will work with the people and rebuild Nigeria.”

Chairman of the PDP, Senator Iyorciha Ayu, said “The PDP is one big United family, we are on our way back to victory. PDP has come back to rescue Nigeria and put it back on the development track to rescue all families.”

“Don’t allow anyone to deceive us, we are hungrier than we were in 2015. Bring out your voters card, come out en masse and vote all PDP candidates, especially Atiku, in the general election,”  he said

Ayu later presented the PDP’s flag to Shuaibu Yema, the governorship candidate of the party.

On his part, the former President of the Senate, Abubakar Bukola Saraki, asked the party’s supporters to vote massively for all candidates of the party in the next year’s election, saying the people can trust him and the party’s leadership.

He said: “I stood and fought for democracy, APC came and lied to you and now, you know the difference. It is time for Nigerians, starting from Kwara to kick out APC.