I’ll continue to do more for the country ― Adebutu 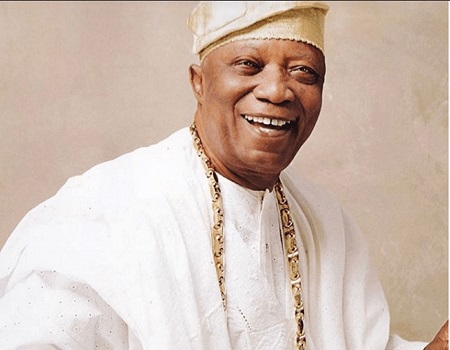 High Chief, Sir Kesington Adebutu has said that he will continue to do more and more for the development of the country.

Adebutu, who was made the first patron of Association Of Friends, made this disclosure at the Annual Presidential Gala Night and Installation of the  First Patron of the Club, held yesterday at the Hall of the Club in Lagos.

Popularly known as Baba Ijebu, Kesington is the first Patron of the Club after 41 years of existence of the social club without any patron.

He assured the members of the Club to visit regularly despite his affiliation to other numerous social clubs.

“To me, any recognition is an invitation to do more. So, having said that, I will continue to do more and for the country.

“Even though I belong to so many clubs, I will find time to visit this club from time to time,” he said.

In the same development, The Royal Father, Ayangburen Of Ikorodu, Oba Kabiru Adewale Sotobi and two-time Governor of Ogun state, Otunba Justus Olugbenga Daniel were inducted as new members of the Club.

Speaking also, The President of the Association, Alhaji Oluropo Owolabi explained that Adebutu was chosen based on his relentless efforts and benevolent attitude towards the Club overtime.

He described the ceremony as special, historic and epic make.

“His choice was tough but for his relentless and continuous efforts and generous disposition to the Association overtime.

“The event is special, historic and an epoch making one because tonight we are having the investiture of our first patron since the Association was founded 41 years ago.

“The Man who is taking that eminent position of huge responsibility is no other person than the enigmatic and astute business man, the Asoju Oba Of Lagos, and the Balogun Of Remoland,” Oluropo said.

The President expressed optimism that the Club will become the foremost social club in the country.

He emphasised discipline, capacity and competence as the skill sets required in the club.

“From the array of eminent personalities who have become Patron and members of our dear club tonight, it is obvious that ASSO will become a foremost social club and a force to reckon with in Nigeria.

“Ours is an equal opportunity club, where any member can aspire to any position once he can demonstrate capacity and competence.

“Like any organisation, the key to our continued leadership is discipline. We adhere to our constitution which provides the rules and regulations for both the management and all members,” the President said.

He, therefore, urged members at various levels of government to partner with the club in the execution of major projects aimed at touching the lives of the people residing around the club.