Politics
By Nnanna Nwogu-Umuahia On Jan 8, 2022 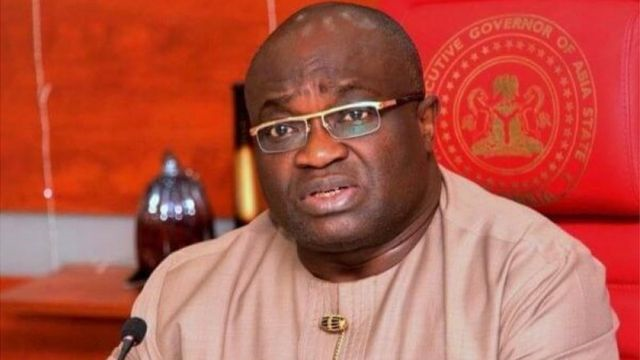 This was even as he advised those seeking for elective positions to do so decently.

Ikpeazu, addressing party stakeholders in Government House, Umuahia, commended the state PDP for standing strong and assured that there was no cause for alarm in the build-up to the elections as the PDP remains the party of choice in Abia State.

He advised those seeking elective positions under the party to pursue their aspirations decently and avoid acts that could tear the party apart.

He assured that key projects embarked upon by his administration would be completed before he leaves office, stating that sufficient funds had been made available to contractors handling major projects.

Speaking earlier, the state Chairman of the PDP, Mr Asiforo Okere, explained that the Elders’ Committee of the party is created by Section 23 (1) of the PDP Constitution with about 90 per cent of the membership provided statutorily.

According to him, the inauguration of the committee is part of the steps taken by the current state executive of the party to strengthen the party by bringing all organs of the party into full existence.

He stated that the main objective of the party in the state is to retain the seat of the governor by 2023, recover all lost seats and consolidate on the seats won by the party.