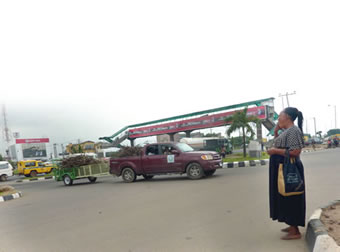 The gunmen, who were alleged to be from the Niger Delta, were said to have come in through the waterways close to the communities and started shooting sporadically, a development which led to the death of some people while others sustained various degrees of injury.
Addressing newsmen on Saturday, Lagos State Commissioner of Police, Mr Fatai Owoseni, said an aggressive and massive manhunt had already commenced against the suspected militants, adding that investigation was going on smoothly.

Owoseni, who was personally at the scene of the incident moments after the attack, also denied conflicting media reports as to the actual number of people that were killed by the attackers.
He disclosed that the Divisional Police Officer (DPO) in charge of Owutu responded with his men almost immediately after he was alerted, adding that mobile policemen were swiftly deployed to be patrolling the affected areas.

“I can confirm that the causality is six and no family till now has come out even while I was there to say that they have extra corpses apart from the ones that were recovered by the police in Owutu,” the CP said.
The police, also in a statement made available to Lagos Metro and signed by the state Police Public Relations Officer (PPRO), Dolapo Badmos, denied that over 50 people had been killed by suspected militants in Ikorodu.
The statement insisted that only six people were killed.

Aftermath the attack, residents who fled from their homes are yet to return as of Sunday evening.
Findings by Lagos Metro showed deserted communities on Lagos/Ogun borders and, despite a return-home plea by leaders of the affected communities, it was gathered that the fleeing residents had pointedly told the community leaders to forget about them returning any time soon.

Those contacted by phone told Lagos Metro that the heavy presence of security agencies would not inspire enough confidence in them to return anytime soon.
It was learnt that the Ogun and Lagos state governments had deployed mobile police officers in Imushin community to keep watch over the deserted town.

The mobile police officers were said to have added to the number of the military personnel which had been on ground after the Friday attack.

Lagos Metro learnt that despite the appeal by the community leader for residents to return to their homes, everywhere in the community was still deserted as of press time (7:25 p.m).