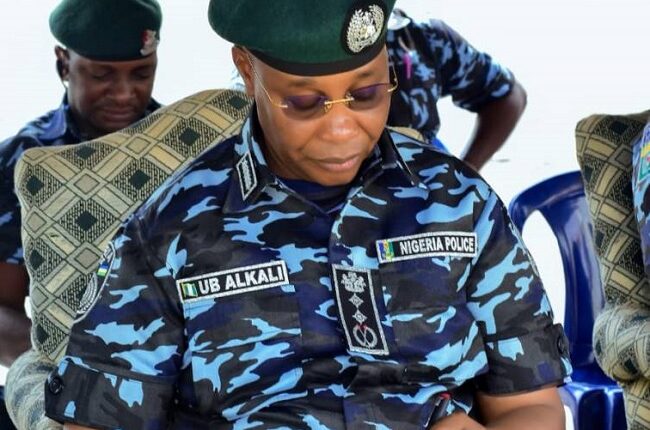 As preparations for the general elections heat up, the Inspector-General of Police, IGP Usman Alkali Baba, on Sunday ordered all Commissioners of Police in charge of state commands to immediately activate the Inter-Agency Consultative Committee on Election Security (ICCES) so as to engage all stakeholders in evolving strategies for mitigating threats to the Elections process within their various areas of responsibility.

This was contained in a statement made available to newsmen in Abuja by the Force Public Relations Officer (FPRO), CSP Olumuyiwa Adejobi.

According to the statement, the directive became necessary as ” the IGP notes that political violence, hate speech, threats, political intolerance, misinformation, and political extremism are all potential threats to our democracy and national security interests, and therefore urged all State Police Commissioners to work in synergy with other members of the ICCES to reduce occurrence and threats of violence to its barest minimum with swift prosecution of violators of extant electoral laws.

It further explained that the IGP has also directed all the Commissioners of Police in the State Commands to ensure adequate and strategic deployment of personnel and assets, as well as coordinate, deploy, and supervise personnel from other security agencies scheduled for election duty, in accordance with ICCES directives.

According to the statement, the CPs are also directed to fortify all facilities of the Independent National Electoral Commission (INEC) within their respective areas of responsibility as electoral materials “are being relocated to such facilities to ensure the safety and security of INEC personnel and materials before, during and after the 2023 general elections and forestall attacks on INEC facilities.”

In addition, it stated that the IGP has also ordered a fresh distribution of gadgets, anti-riot gear, and personal protective equipment (PPE) for personnel across the state Police commands and the Federal Capital Territory, FCT Abuja for the smooth conduct of the polls.

According to the statement, the items to be distributed include non-lethal weapons such as electro-shocks, rubber bullets, water cannons, tear gas, riot and guns amongst others, for crowd control and to minimize casualty risk in eventual confrontations with subversive elements.

It stated that the Police boss reaffirmed the commitment of his administration to the protection of the nation’s democratic heritage and national security interests and called on other security agencies and stakeholders who constitute ICCES, as well as members of the public, to assist the Force in its drive to ensure the safety and security of all and sundry before, during, and after the general elections.