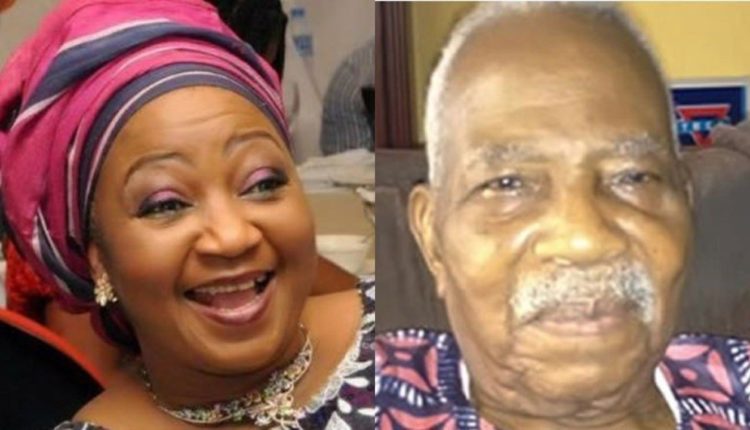 The group said it was the Special Anti-Robbery Squad (SARS) team who made the arrest that “formally briefed Papa Fasoranti last Saturday showing the responsible face of the police.”

Afenifere had, in a statement on Monday, disclosed that four suspects involved in the killing of Pa Fasoranti’s daughter had been arrested, saying three of them were from the northern part of the country, but the Ondo State Police Command denied any arrest.

It would be recalled that the 58-year-old woman, Mrs. Olakunrin, was murdered nine months ago by suspected Fulani herdsmen while heading to Ore Junction from Akure, in Ondo State.

A statement made available to newsmen on Tuesday by spokesperson of Afenifere, Mr. Yinka Odumakin, entitled, ‘Re-Ondo Police Denies Arrest of Suspected Killers of Olakunrin,’ while calling on the citizens to “disregard any misleading statement from Ondo Police Command” on the subject matter, declared that the regular police in Ondo had behaved so irresponsibly on the murder of Mrs. Olakunrin in the last nine months and, therefore, this breakthrough could never have been theirs.

“Kindly disregard any misleading statement from Ondo Police Command on the above subject. The regular police in Ondo State has behaved so irresponsibly on the murder of Mrs Funke Olakunrin in the last nine months and this breakthrough could never have been theirs,” Afenifere said.

According to the group, the SARS team that effected the arrest of the four suspected killers formally briefed the father of the deceased last Saturday, saying that the 94-year-old Fasoranti who had been having sleepless nights in the last nine months had resumed normal sleep since.

“But the SARS who arrested the suspected killers formally briefed Papa Fasoranti last Saturday showing the responsible face of the police.

“The 94-year-old Pa Fasoranti who has been having sleepless nights in the last nine months has resumed normal sleep since SARS briefed him on the arrest,” Odumakin said.

The group expressed shock that the regular police in Ondo released the car in which Mrs Olakunrin was killed to the family the day after the incident without any forensic observation, saying it was after it complained to the police high command that the state command came to take the car for forensic.

According to it, this happened “after seven days of people touching the car with no report to the family till date,” adding: “They just asked them to come and take the car that they were done with it.

“They were not going to do any autopsy on her until we insisted one must be carried out. They never deemed it necessary to brief the family once in the last nine months,” Afenifere lamented.

COVID-19: Bodies Are Being Left In Streets In An Overwhelmed Ecuadorian City
The streets of Ecuador’s western city of Guayaquil are deserted, with few residents in sight and a few dead, as bodies are being left in the streets of this overwhelmed place. The coronavirus pandemic is overloading the public services in the country’s most populous city to a point of collapse. Hospitals have no beds left to accept… Read full story

Alternate Perspectives On Nigeria’s Covid-19 Response
First, my thoughts and prayers go to our health workers. These men and women of valour risking it all battling at the frontline of COVID-19 are the true heroes of the moment. Almost every country in the world is shut, trying frantically to curb and reverse the spread of the coronavirus. Over the last weeks, major cities… Read full story