Igbos in Delta back Okowa, other Southern govs on ban on open grazing 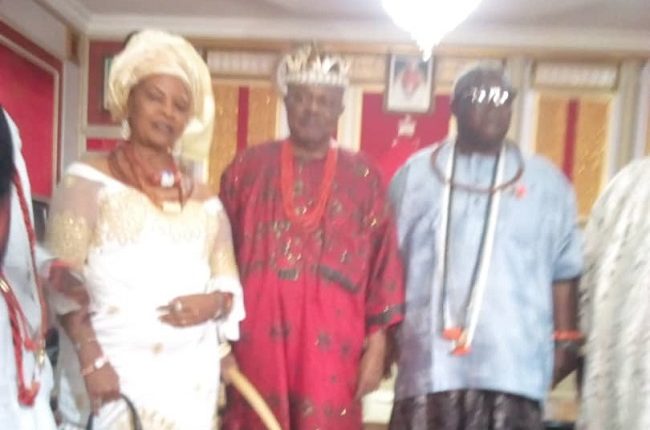 The Igbo community in Delta State has thrown its weight behind Governor Ifeanyi Okowa and southern governors over the ban on open grazing in the region.

The community expressed unwavering support for Governor Okowa over the ban on open grazing across the state.

The people also warned suspected Fulani jihadists threatening anarchy in the state over the ban to retrace their steps and embrace peace.

The Ezendigbo of Delta Central and Southern Districts, Sir Peter Chukwu, made the assertions while speaking with journalists when he led a delegation of the Igbo community to the Olu of Warri Palace on a condolence visit over the transition of the immediate past Olu, His Majesty, Ogiame Ikenwoli.

The Igbo leader asserted that “all the Southern Governors did as related to the ban on open grazing were constitutional.”

He advised that “whoever felt agitated should approach the court of law to seek redress rather than engaging in self-help or anarchy”.

He also urged President Muhammad Buhari to be more statesmanly in his utterances in the face of the raging insecurity in Nigeria “so as not to aggravate tension or give negative signals to his Fulani kinsmen.

“The time we are in calls for open reflection, peace and dialogue rather than beating war drums”, the Eze Ndigbo of Delta reiterated, saying “We will never forget where we are coming from.”

He described Ogiame Ikenwoli as a peace-loving and cool-headed royal father who fostered a good relationship with the various ethnic groups in Delta including the Igbos.

He called on the Olu-designate, Prince Tsola Emiko, to emulate him to sustain the good legacies.

Earlier, the princes and princesses from the Donokoromo Royal Family of the Isaba Kingdom in Warri South-West Local Government Area, led by their President-General, Prince Emmanuel Sekoindi, had paid a similar visit to the Itsekiris, calling for the sustenance of peace and security in the land.

Receiving the visiting groups, the Regent of Warri Kingdom, Prince Emmanuel Okotie-Eboh thanked them for their solidarity with the Itsekiris at this painful moment urging them to keep up the good relationship as they look forward to crowning the Olu-designate on August 21 this year.