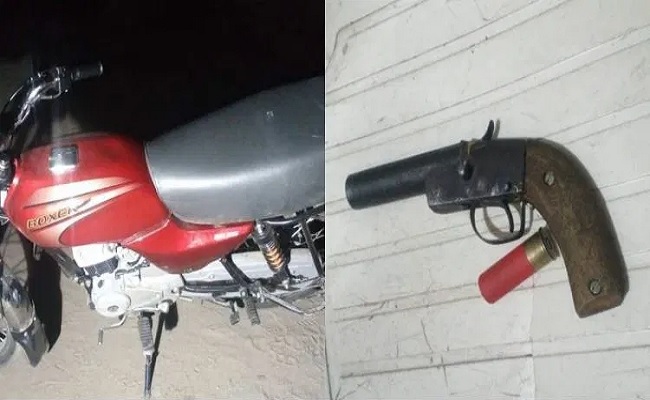 The Lagos State commissioner of police, Hakeem Odumosu, has commended youths in Igboelerin community for daring dare-devil armed robbers who invaded the community.

A gang of armed robbers had on Sunday night invaded the community with the intention of robbing the community when youths in the area mobilized and confronted them.

The youth succeeded in dislodging the armed robbers of their one operational motorcycles and a locally-made gun.

The image-maker in-charge of the state police command, Muyiwa Adejobi, confirmed the incident to the Nigerian Tribune.

Adejobi said: “17th January 2021 at about 11.30 pm, the youth of Igboelerin community in Lagos State resisted a robbery attack on the community when they dislodged some suspected armed robbers that wanted to rob the community.

“The suspected armed robbers came on two unregistered bikes with the intention of attacking their targets before they were repelled by the youth who have been involved in the community policing strategies of the command.”

Adejobi also said that: “One unregistered operational bike and one locally made pistol with a live cartridge were recovered from them.”

The Commissioner of Police Lagos State, CP Hakeem Odumosu, while commending the youth of the area ordered for the manhunt and arrest of the fleeing armed robbers.

He encouraged Lagosians to embrace the idea of community-based policing which has paid off in many areas of the state.